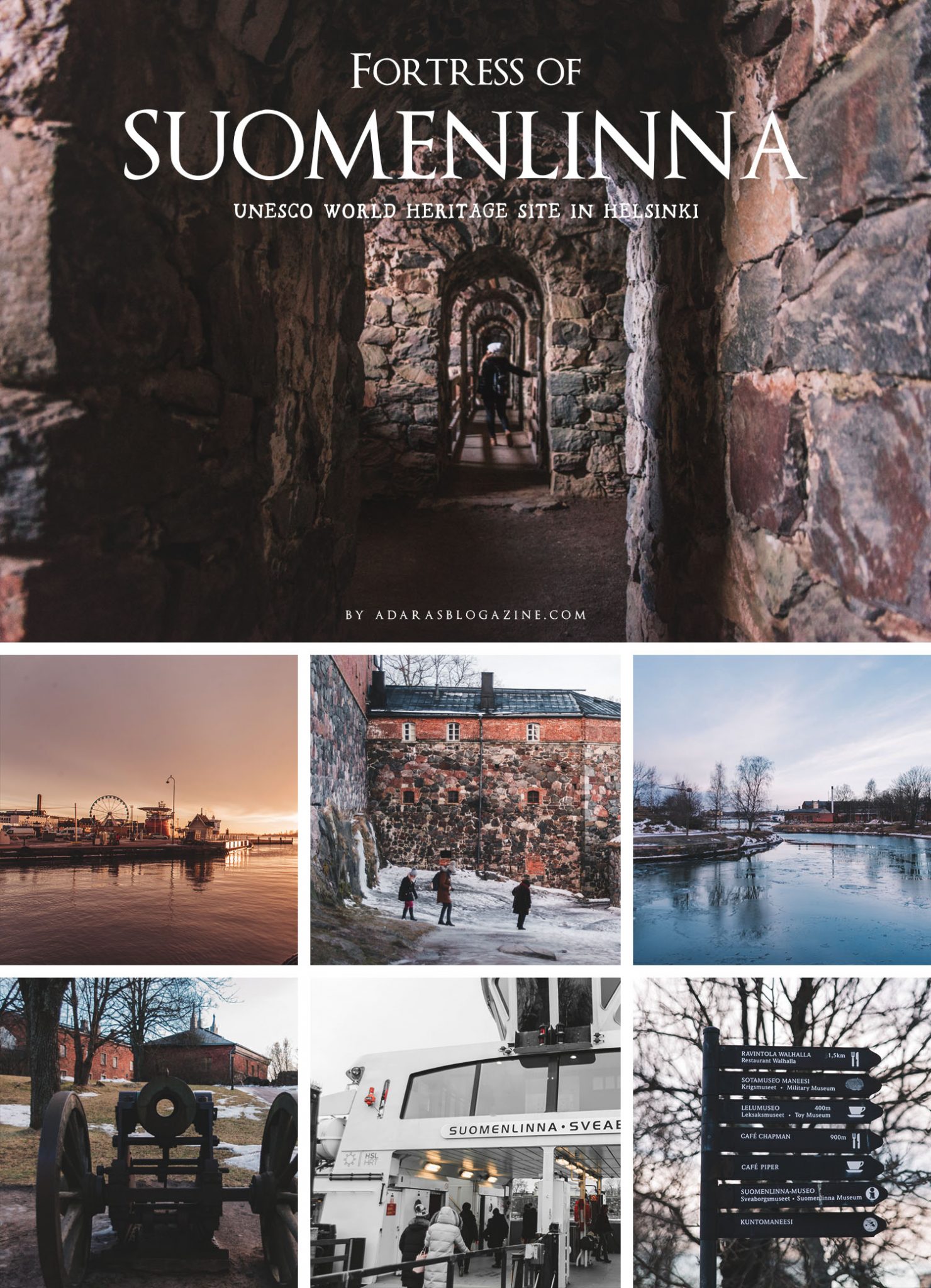 When you visit Helsinki, be sure to check out one of the most popular attractions in Finland: the UNESCO world heritage site Suomenlinna!

Suomenlinna (or Sveaborg in Swedish) is one of the world’s largest sea fortresses and is also known as the Nordic region’s Gibraltar. The fort is built on seven islands and is just a short boat ride from the city center of Helsinki.

If you like history, architecture or just want a nice break in Helsinki, Suomenlinna is a great destination to visit all year round. 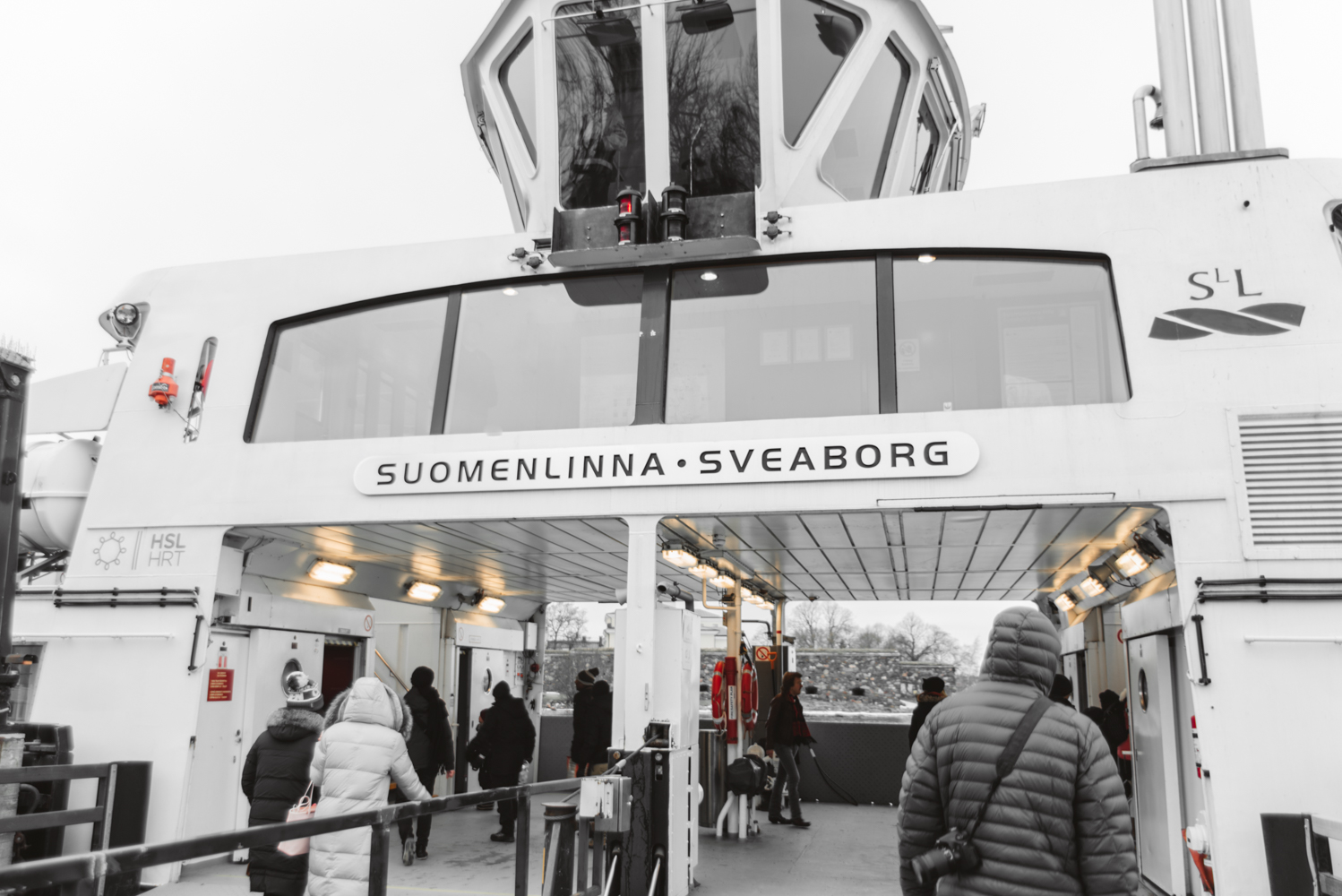 How to get to Suomenlinna – Perfect Stopover Activity

Even if you are just in Helsinki for a Stopover, and only have a couple of hours to kill, you have the opportunity to explore Suomenlinna. The Helsinki City Transport ferry operates throughout the year from the Market Square and takes only about 15 minutes.

The short boat ride from the city center is a very pleasant experience in itself. It was a chilly January day when I got on the ferry to Suomenlinna. The sun was just rising, and it was a very peaceful journey across the water, at the same time offering incredible views of Helsinki and the surroundings from the sea.

During the summer season, you can also get to Suomenlinna on a waterbus which stops at the Visitor Centre pier and the King’s Gate. 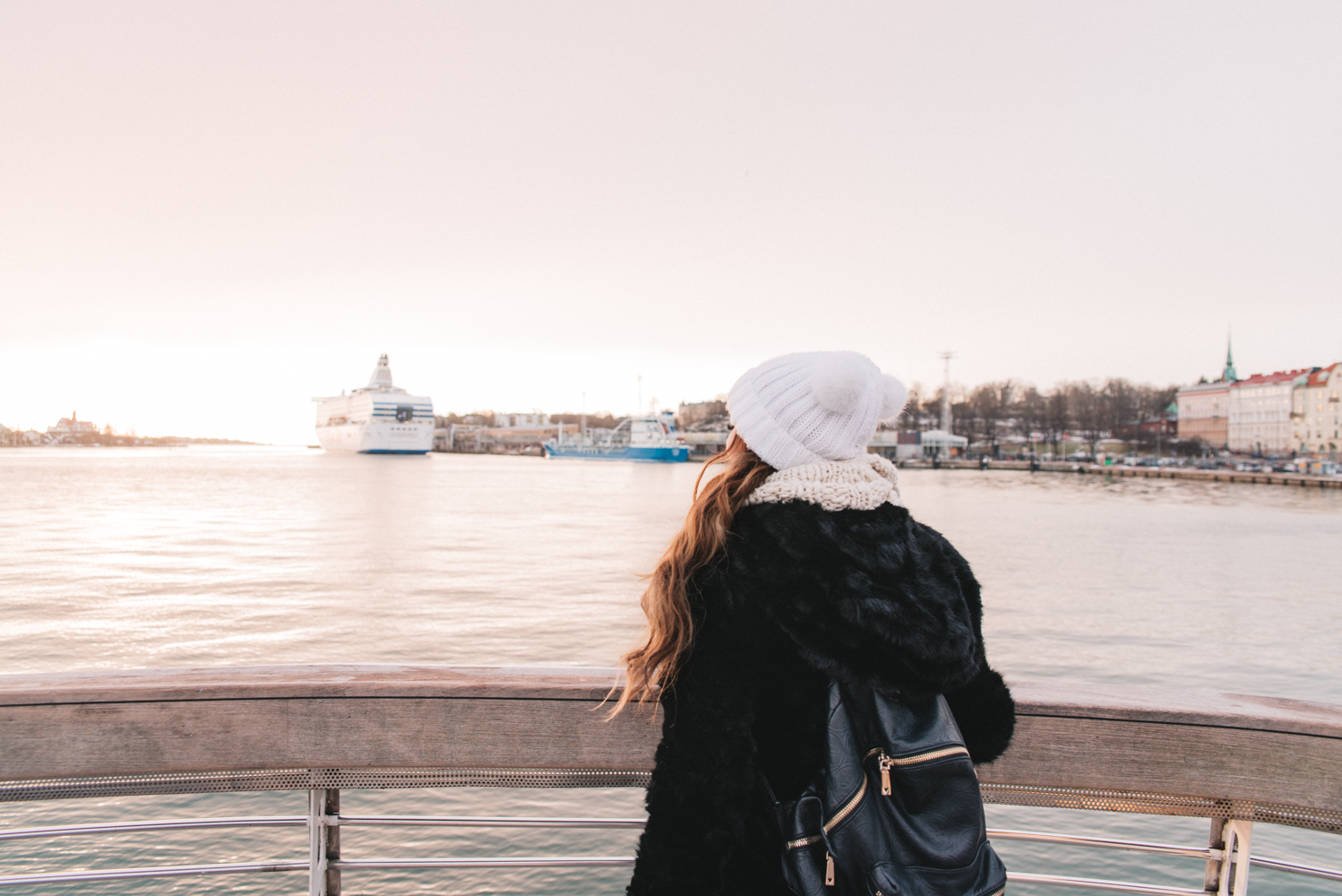 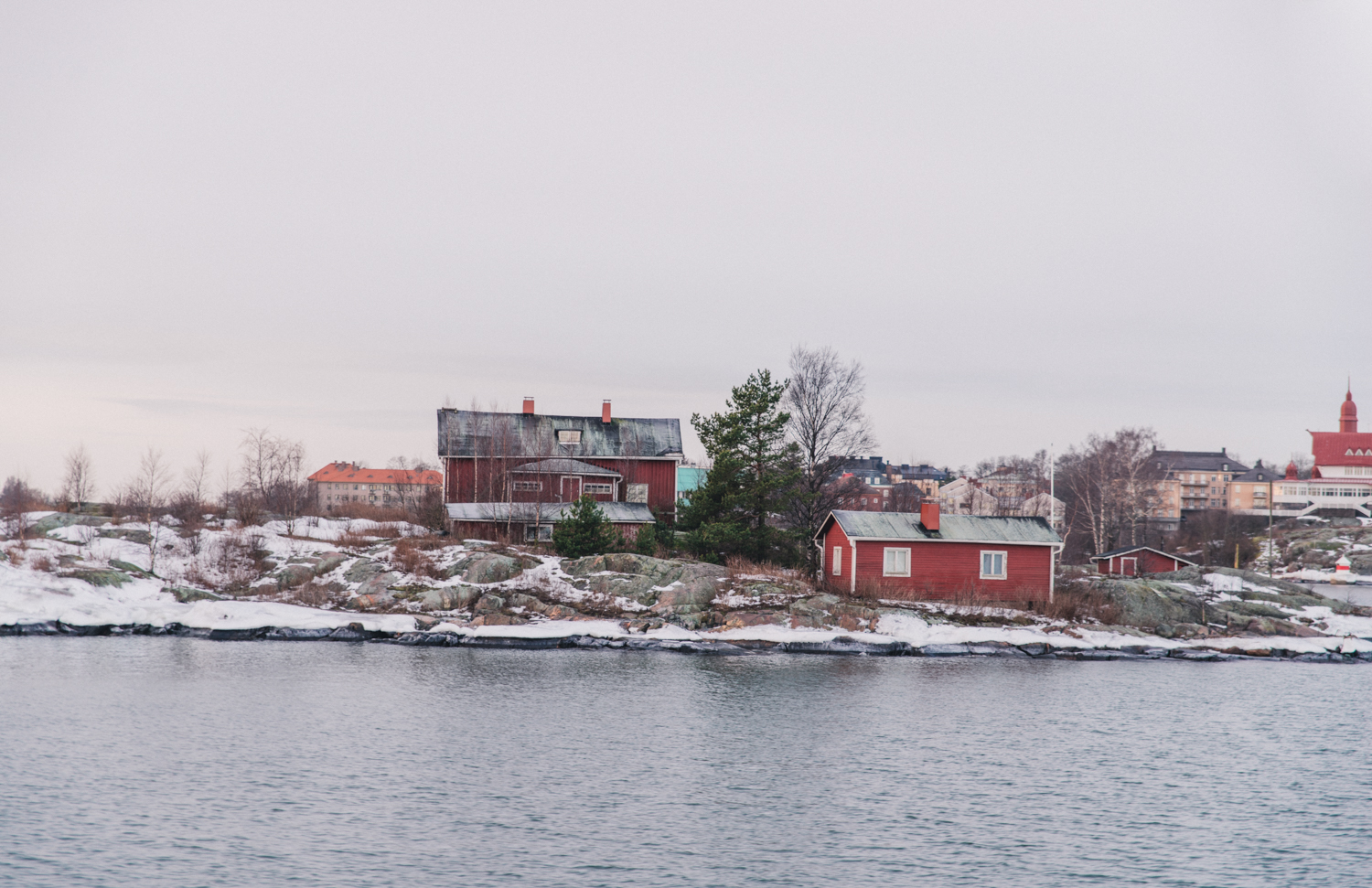 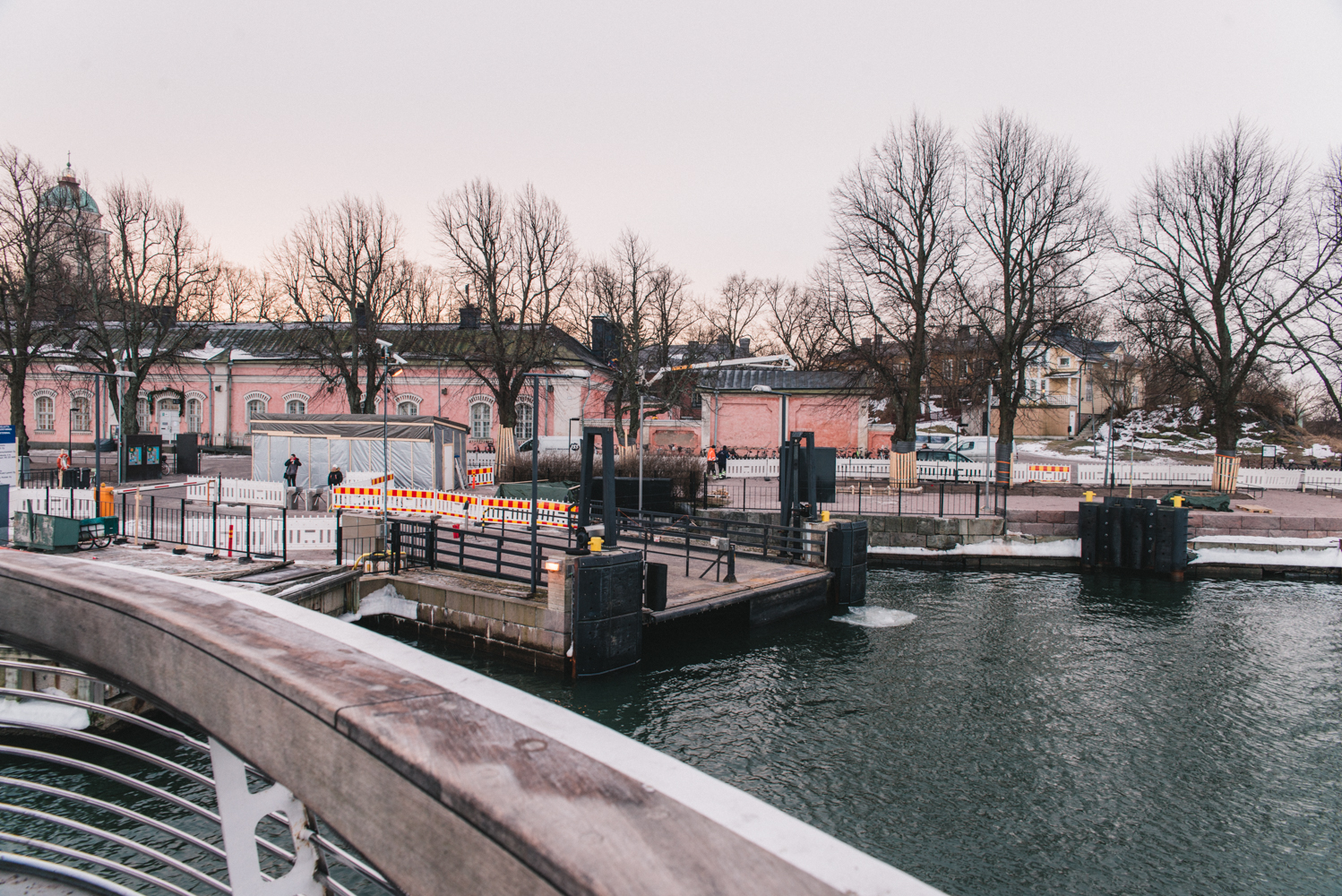 What to do on Suomenlinna

Suomenlinna is a unique monument of military architecture, and there is a lot you can see and do on your visit. You can just walk around on the island to explore all the sights, fascinating tunnels, several significant layers of historical development in fortifications and shipyards. The fortress also has some restaurants, cafées, and museums.

There is no entrance fee to the fortress. As a visitor, you only have to pay for the crossing to Suomenlinna and back. Each museum has its separate entrance charge. 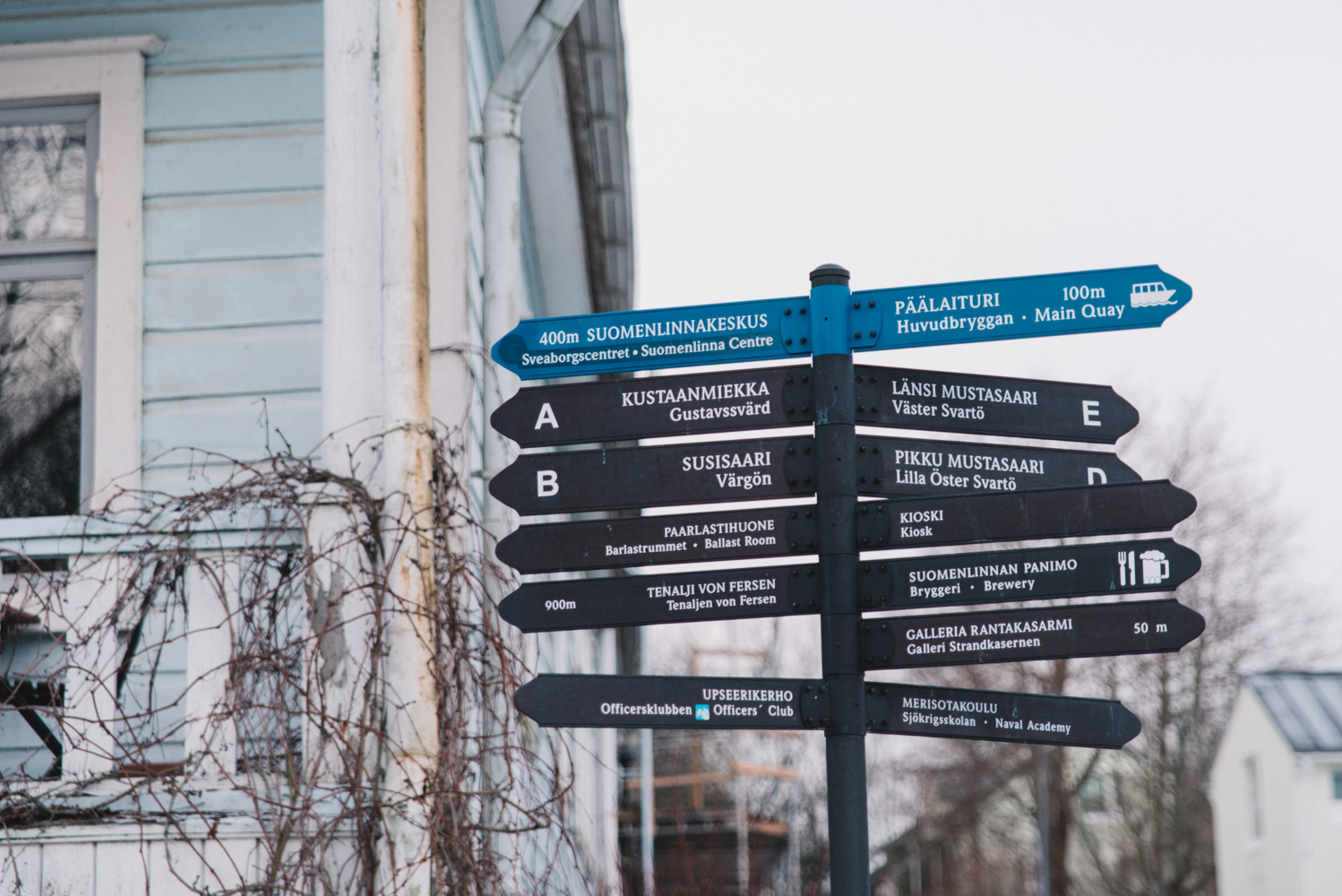 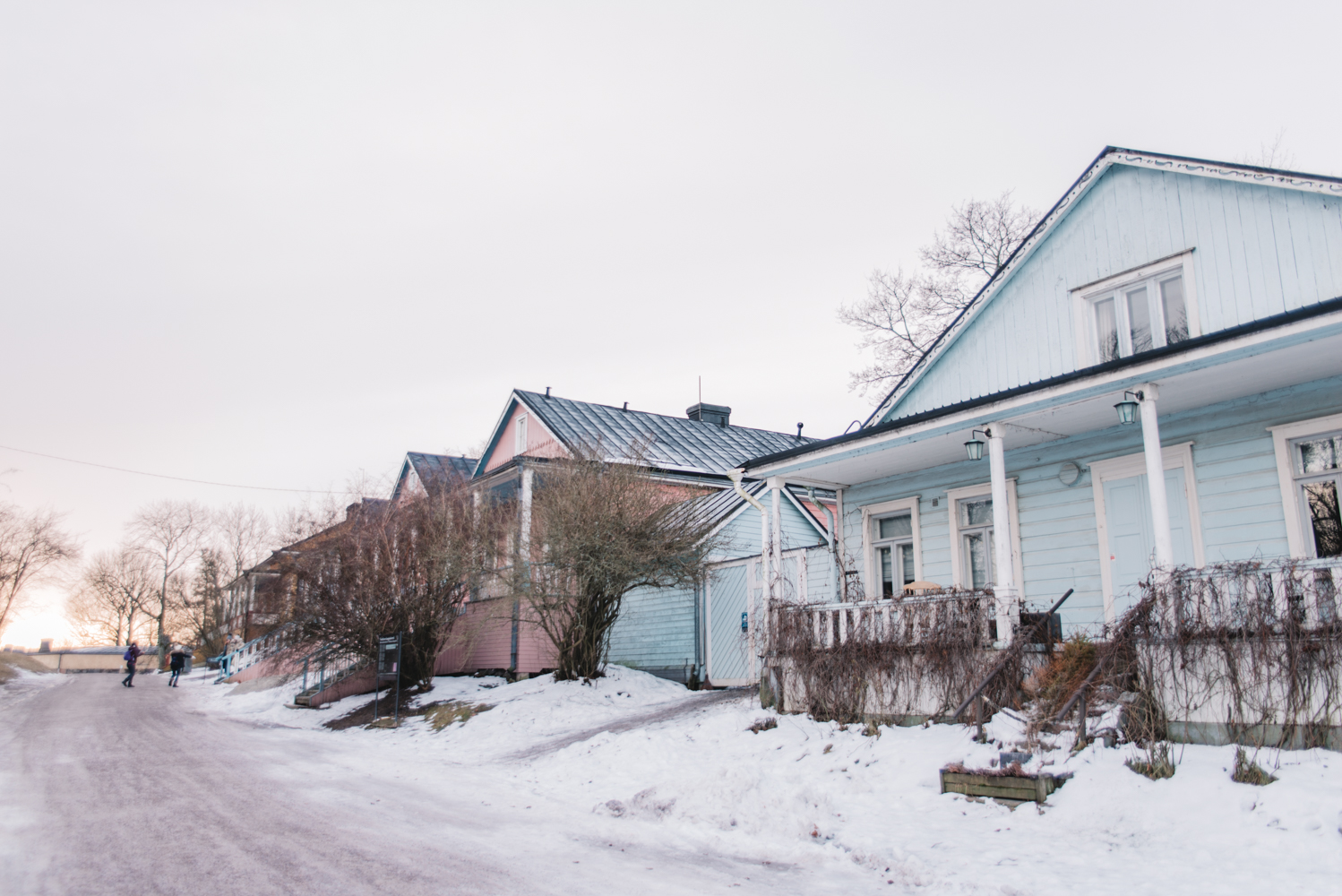 I was also surprised about the colorful buildings and beautiful scenery. This must be particularly beautiful in summer when the trees are green! 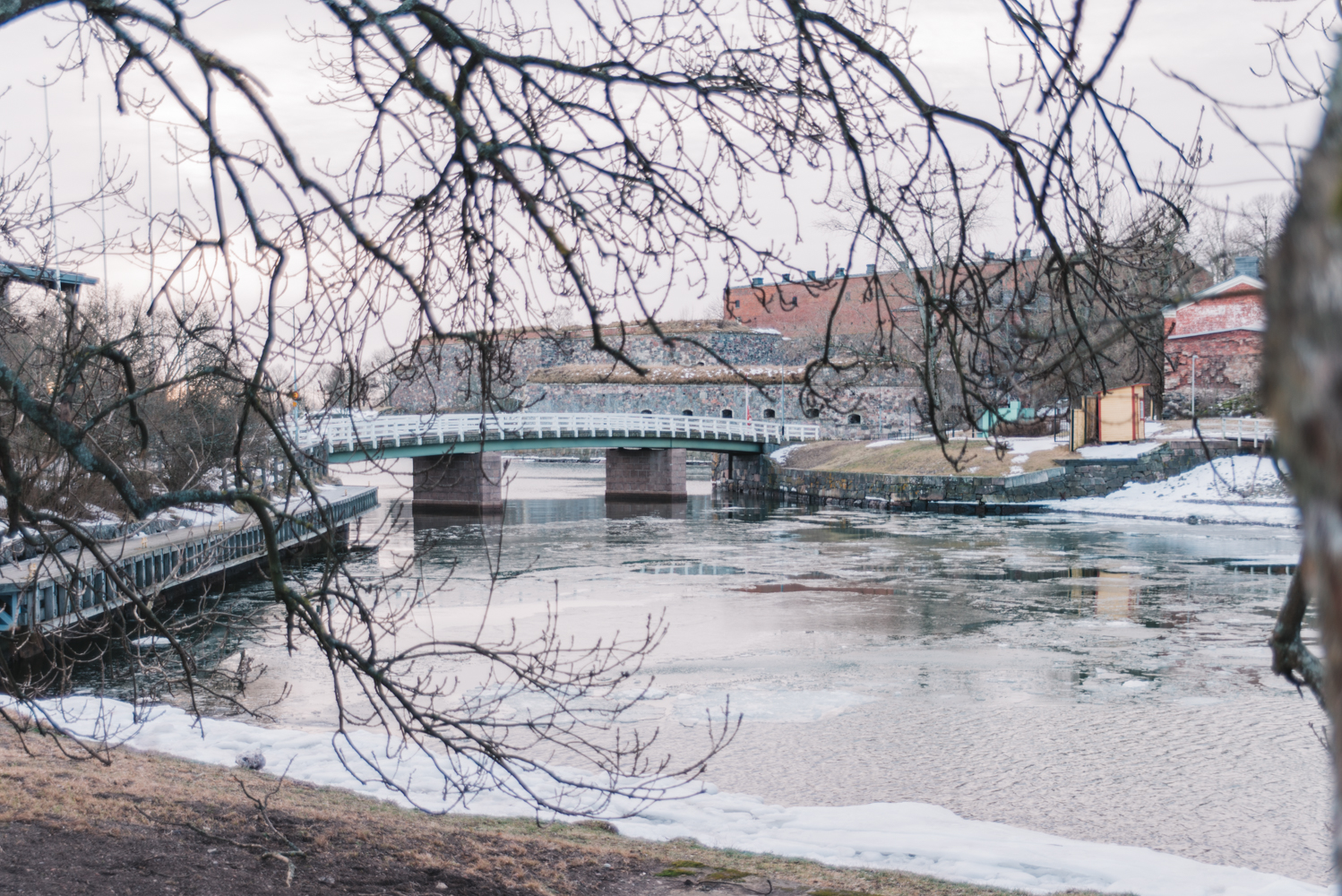 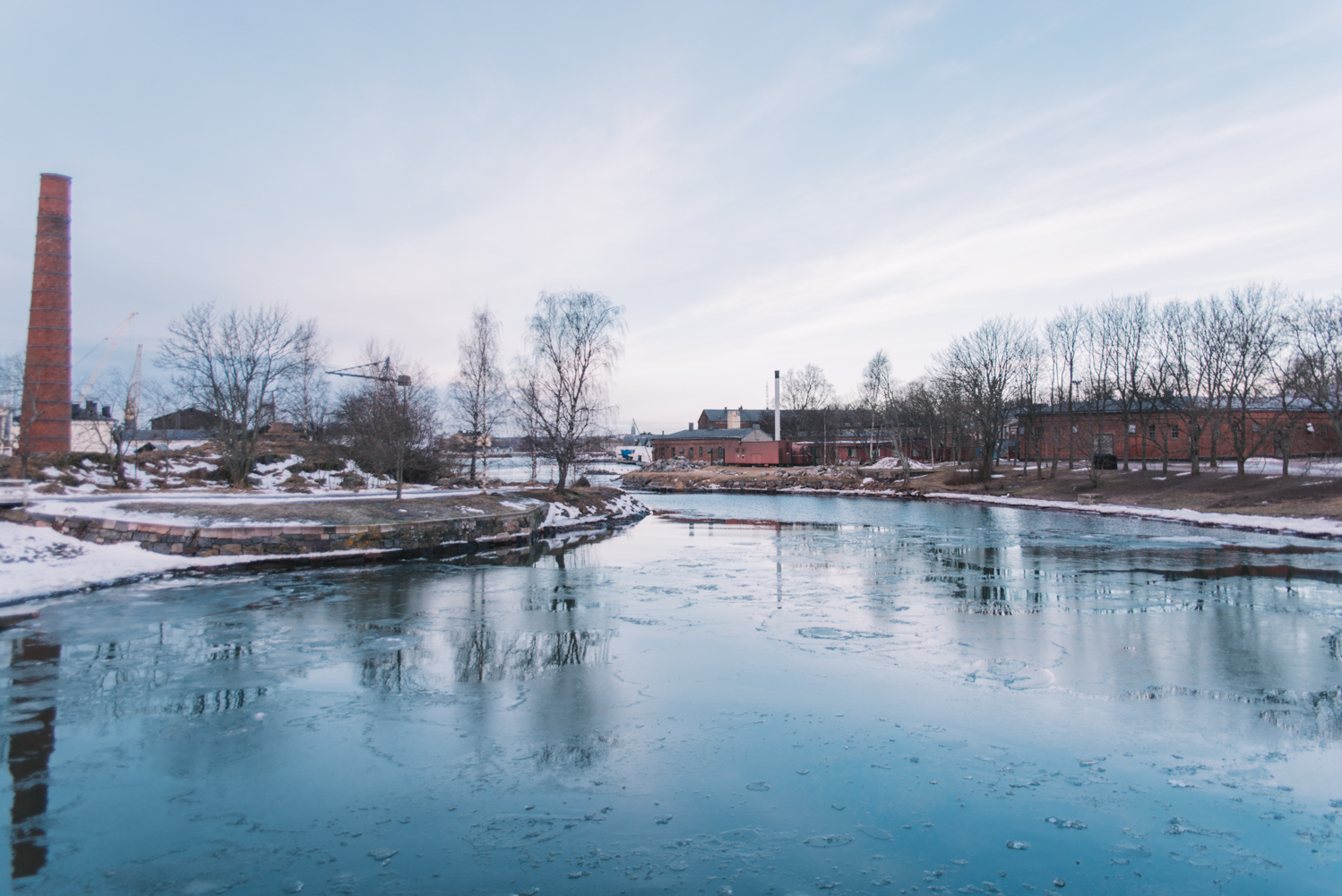 One of Finland’s most popular attractions

Not even 1 000 people live on Suomenlinna, but the fortress attracts more than 900 000 visitors annually, making it one of the most popular sights in Finland. 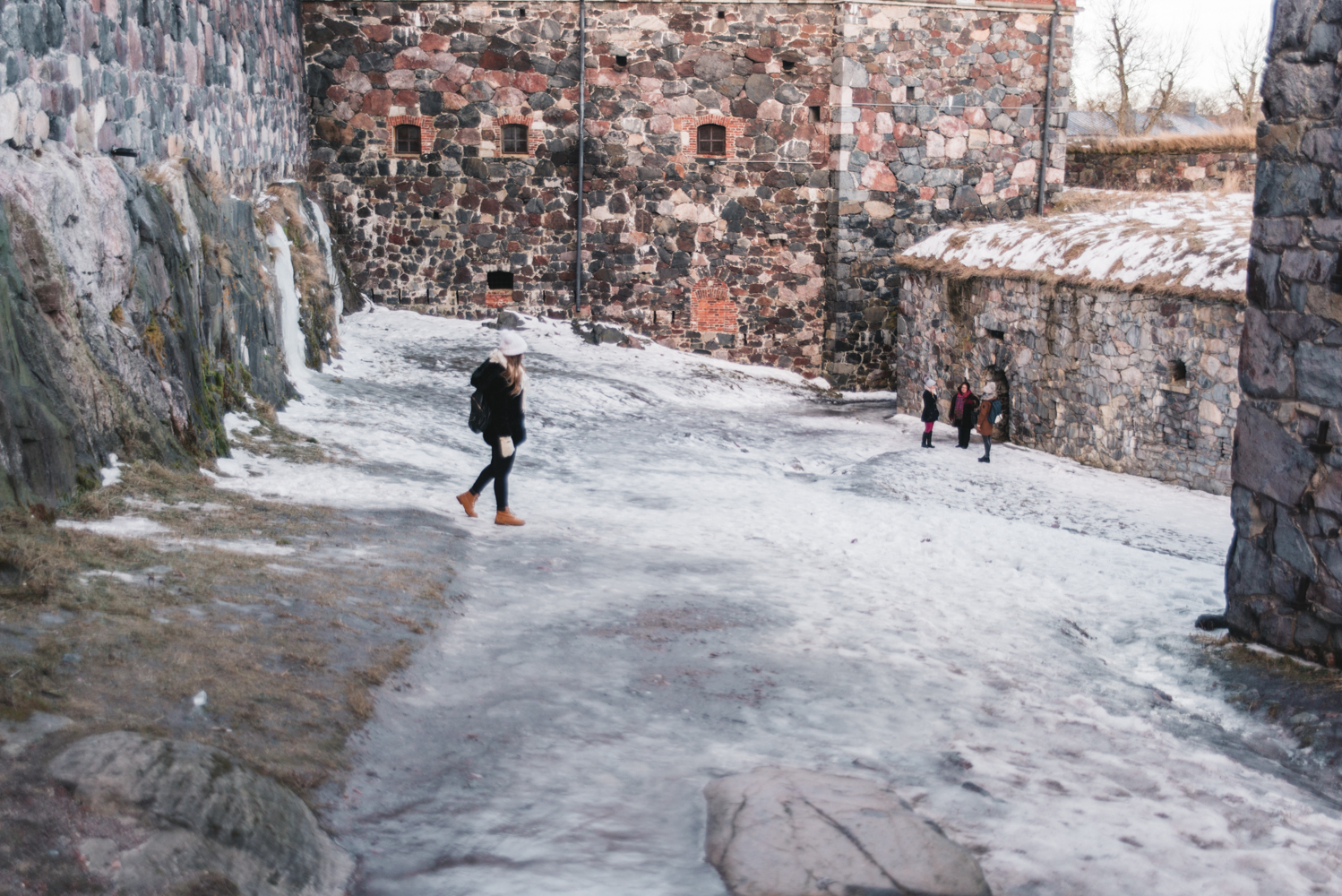 The unique feature of the fortress is, of course, its history as it has served in defense of three realms: Sweden, Russia, and Finland. You don’t have to be interested in history to think Suomenlinna is worth a visit. But to mention some of the key points during the past centuries:

In 1991, the Suomenlinna fortress was added to the UNESCO World Heritage List as a unique monument of military architecture. 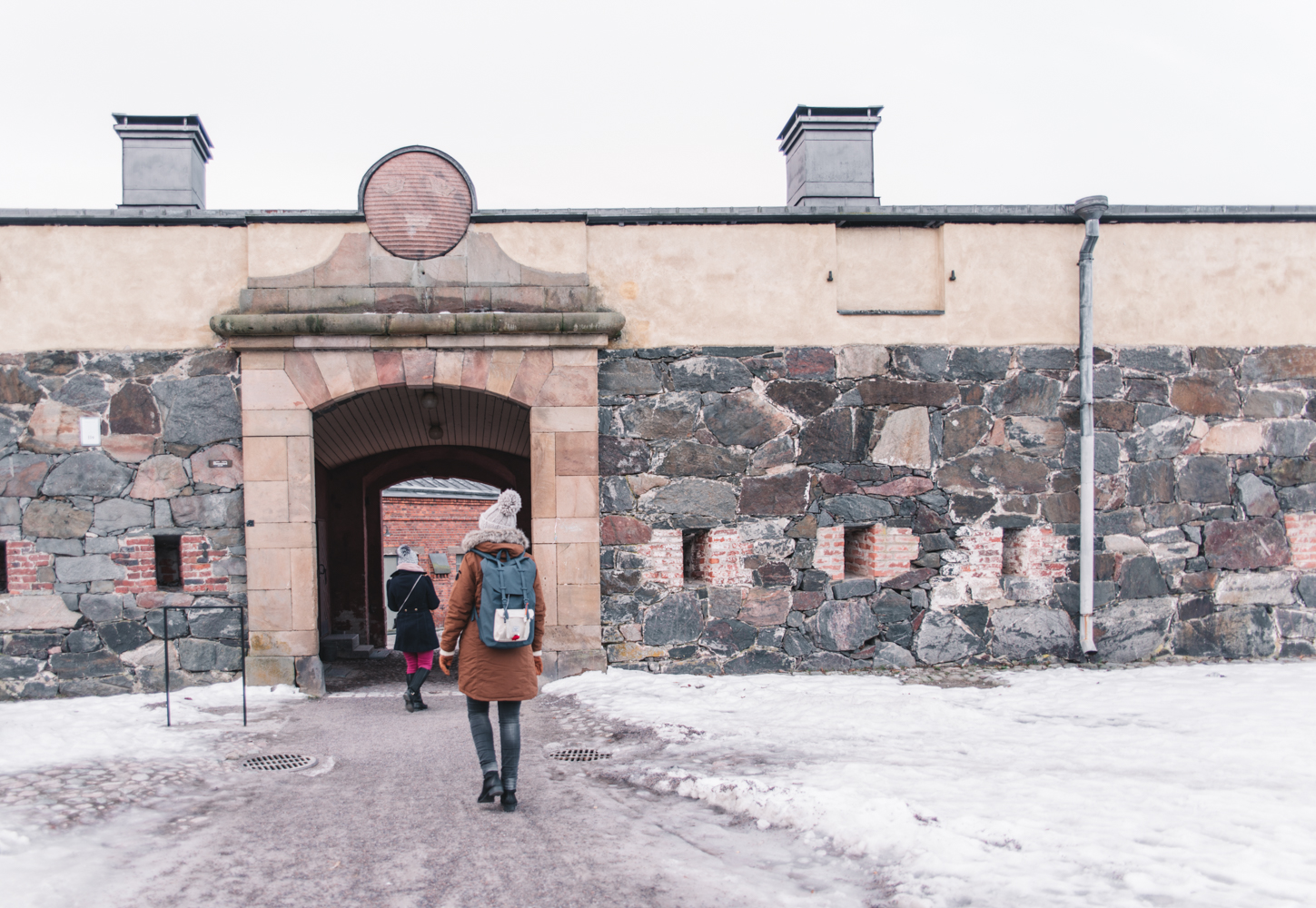 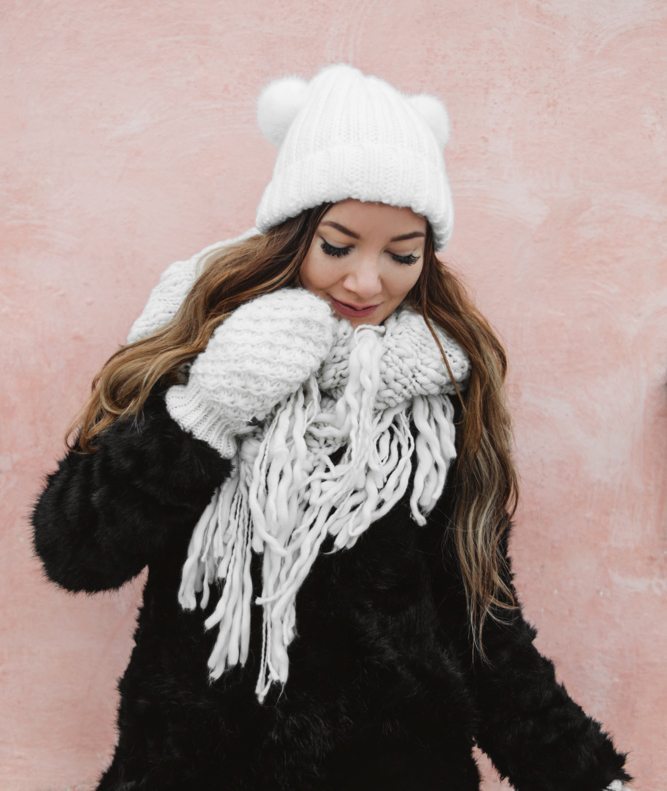 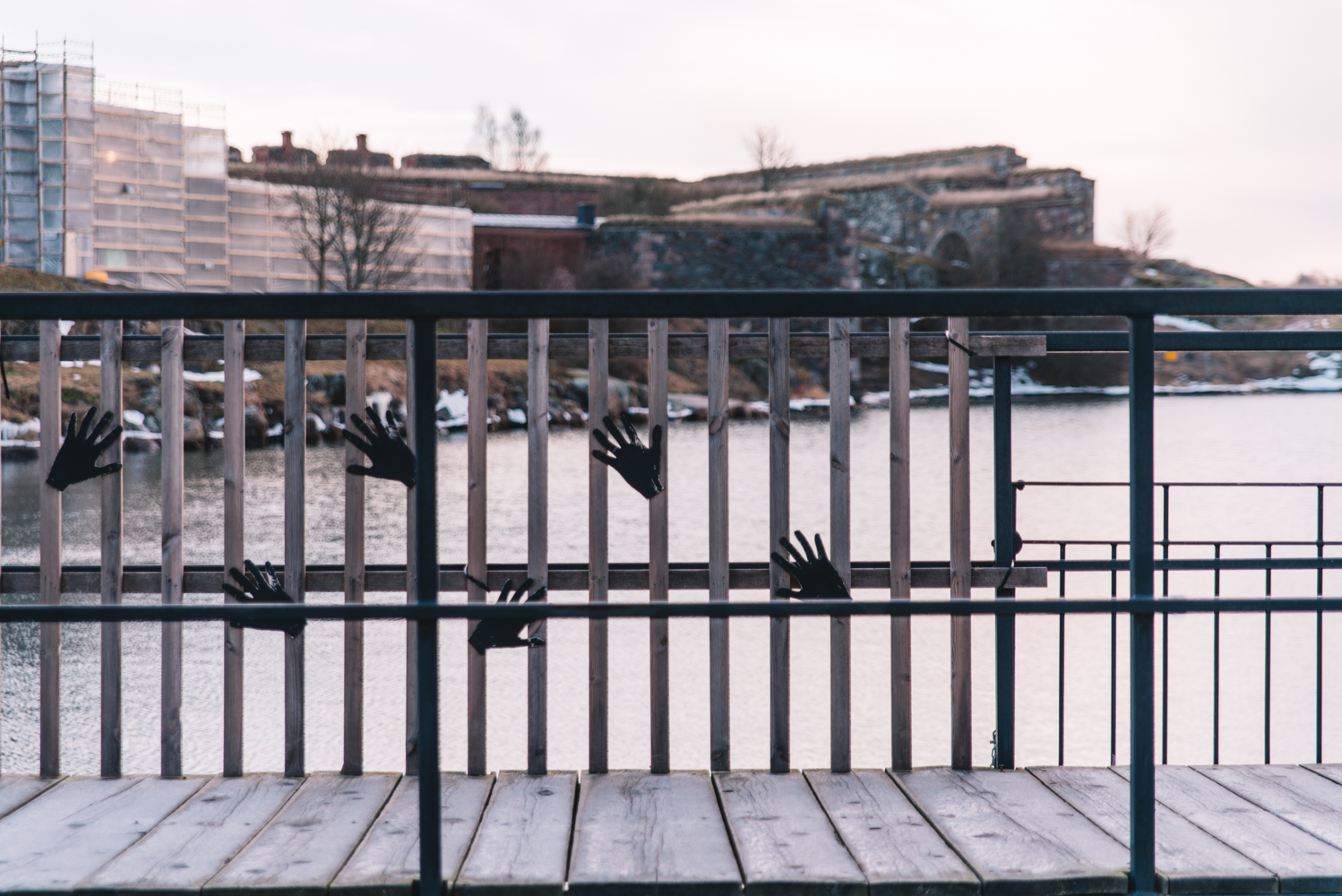 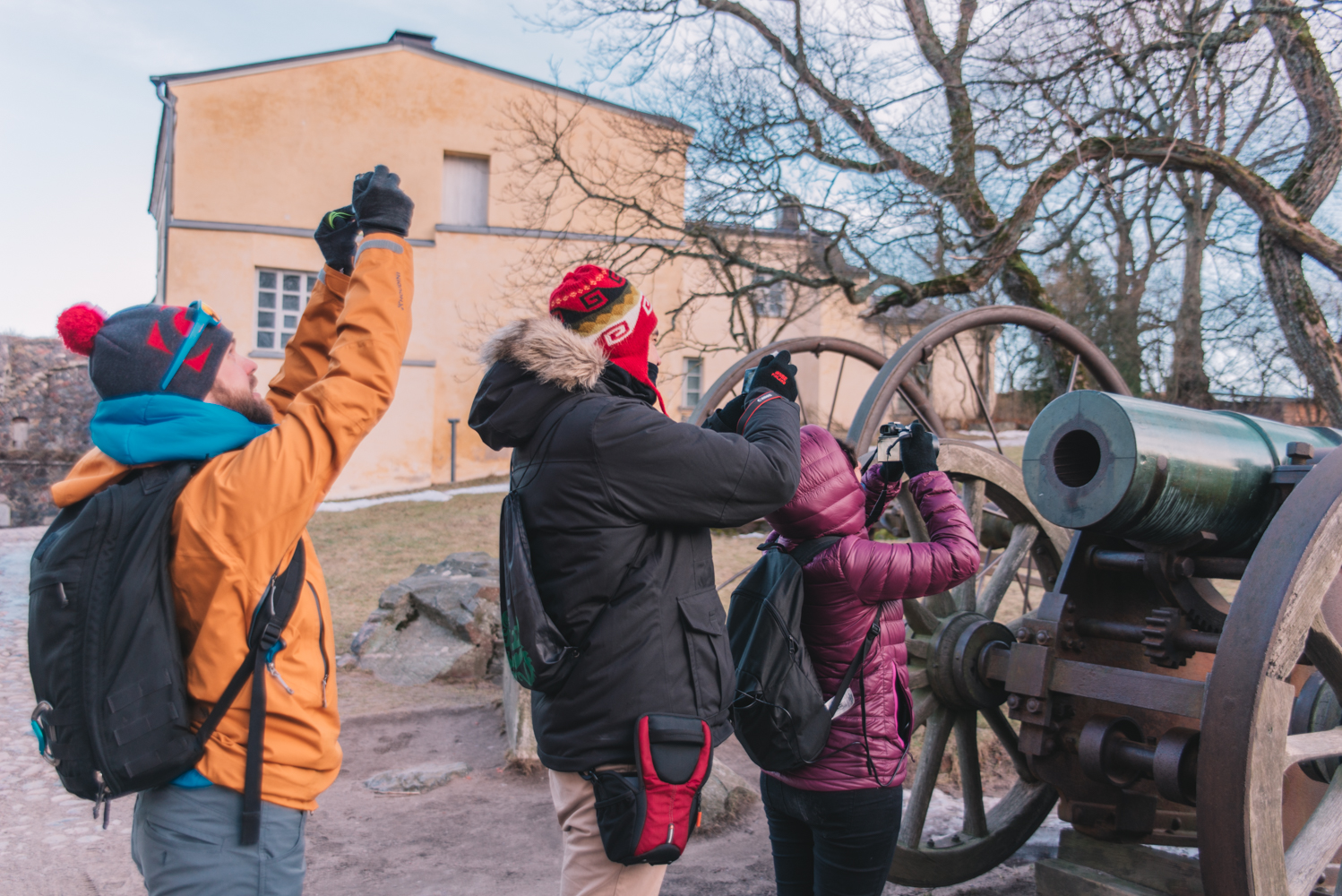 My travel blogger mates and I could not help but stop at one of the cannons to take this shot: 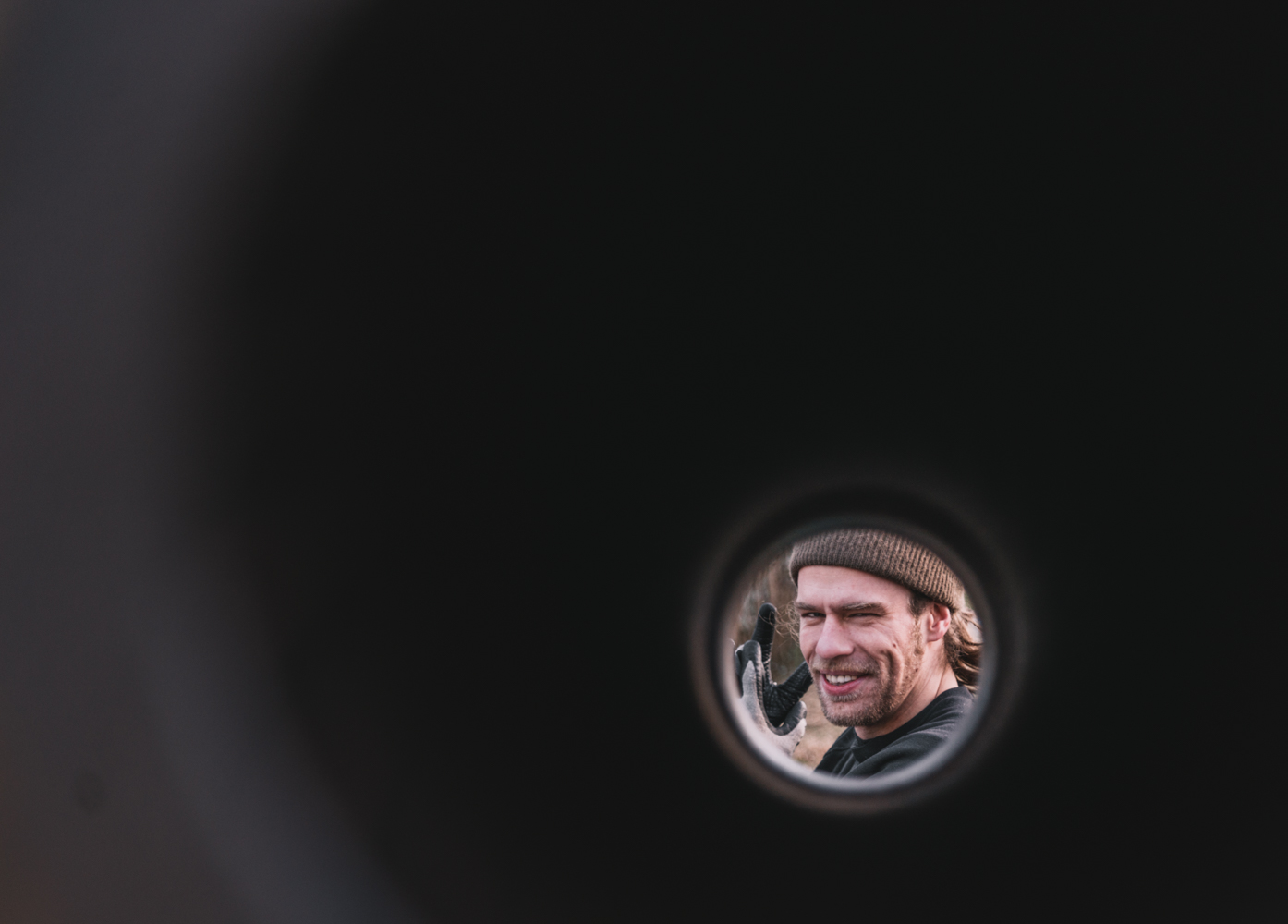 Jesper from Unpocodesur.com acting as James Bond. If you like taking photos there are a lot of picture-worthy places to discover on Suomenlinna. 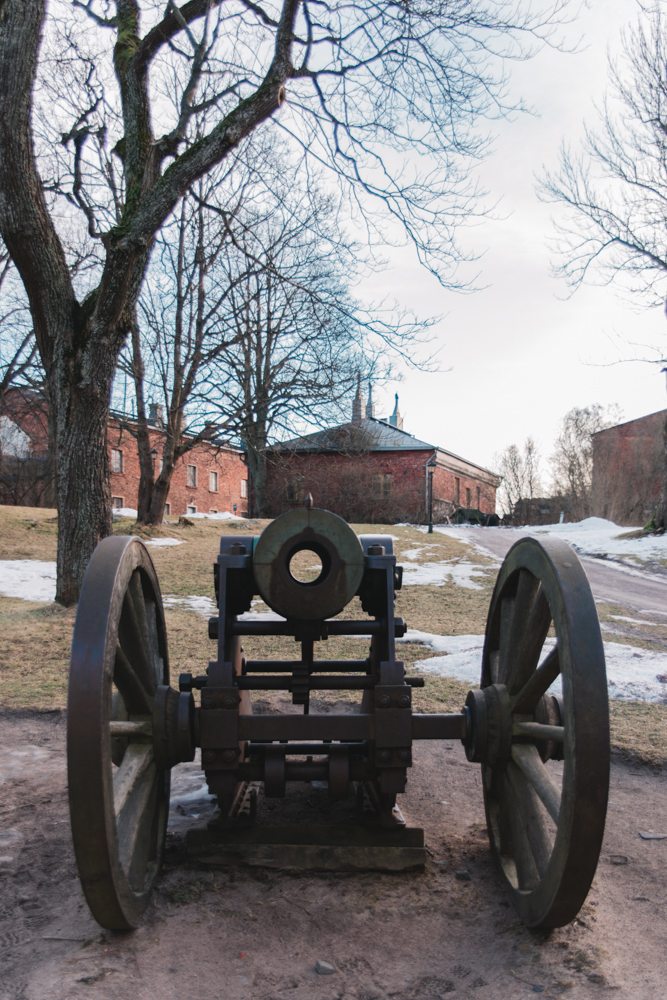 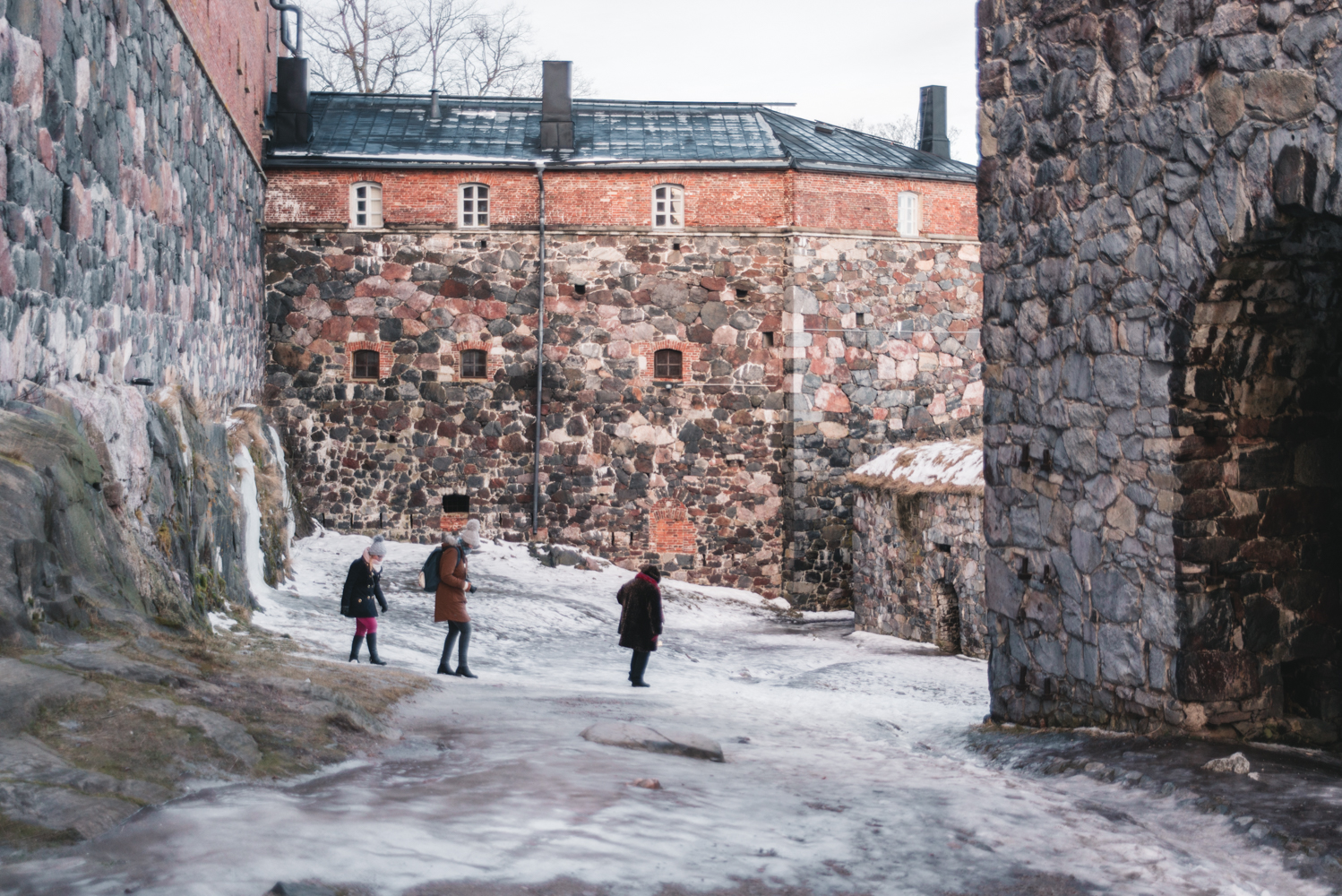 Want to know more about the history?

You can go a guided walking tour or visit one of the six museums to learn more about the fortress and its colorful past. 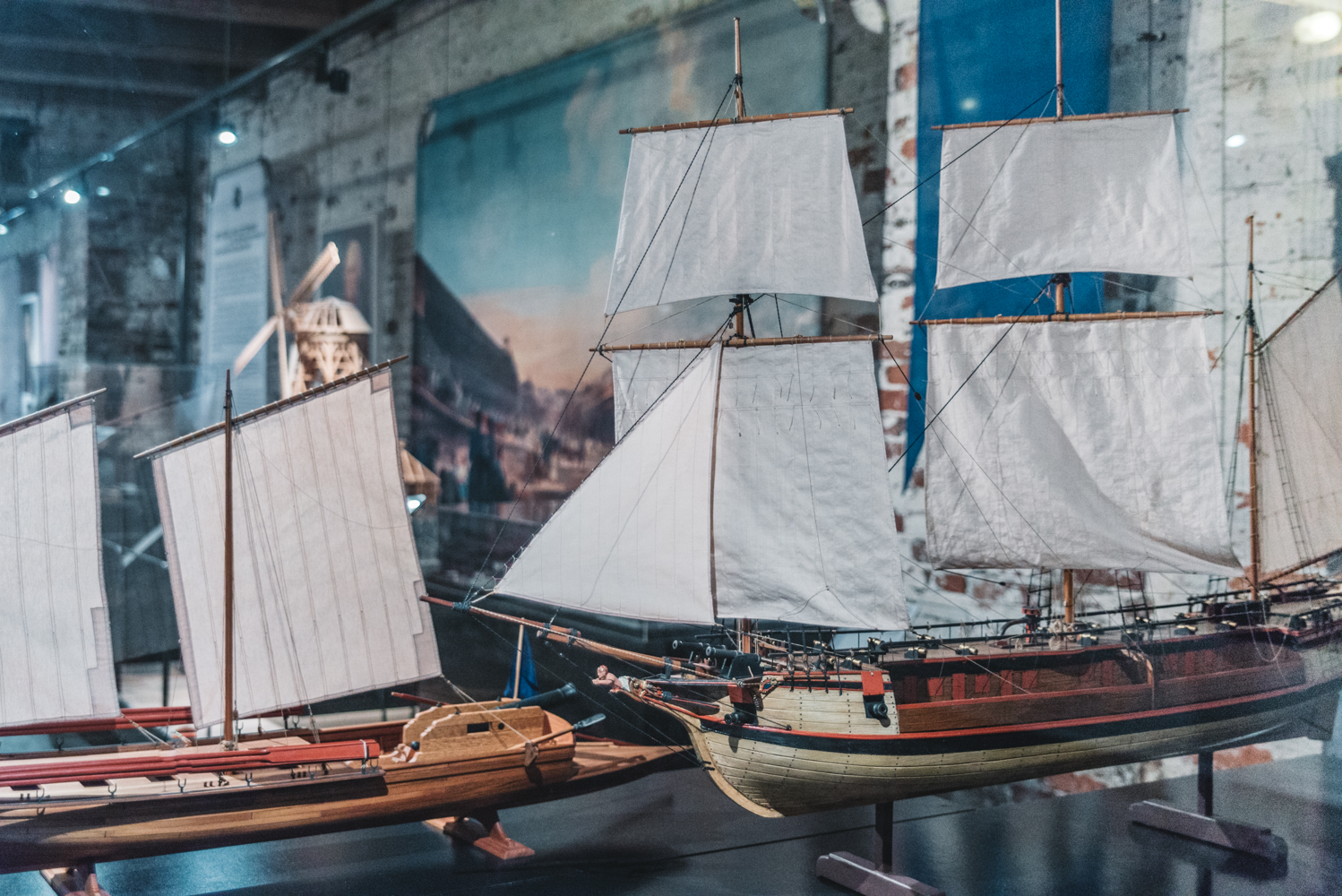 Depending on the season and the time of day, ferries run 1 to 4 times per hour from the morning until the night throughout the year. A single mobile ticket cost 2,90€.

Read more about the fortress here.

I visited Suomenlinna as part of NBE Finland.