Hem
›
Travel
›
Europe
›
How to Spend a Weekend in Manchester

How to Spend a Weekend in Manchester 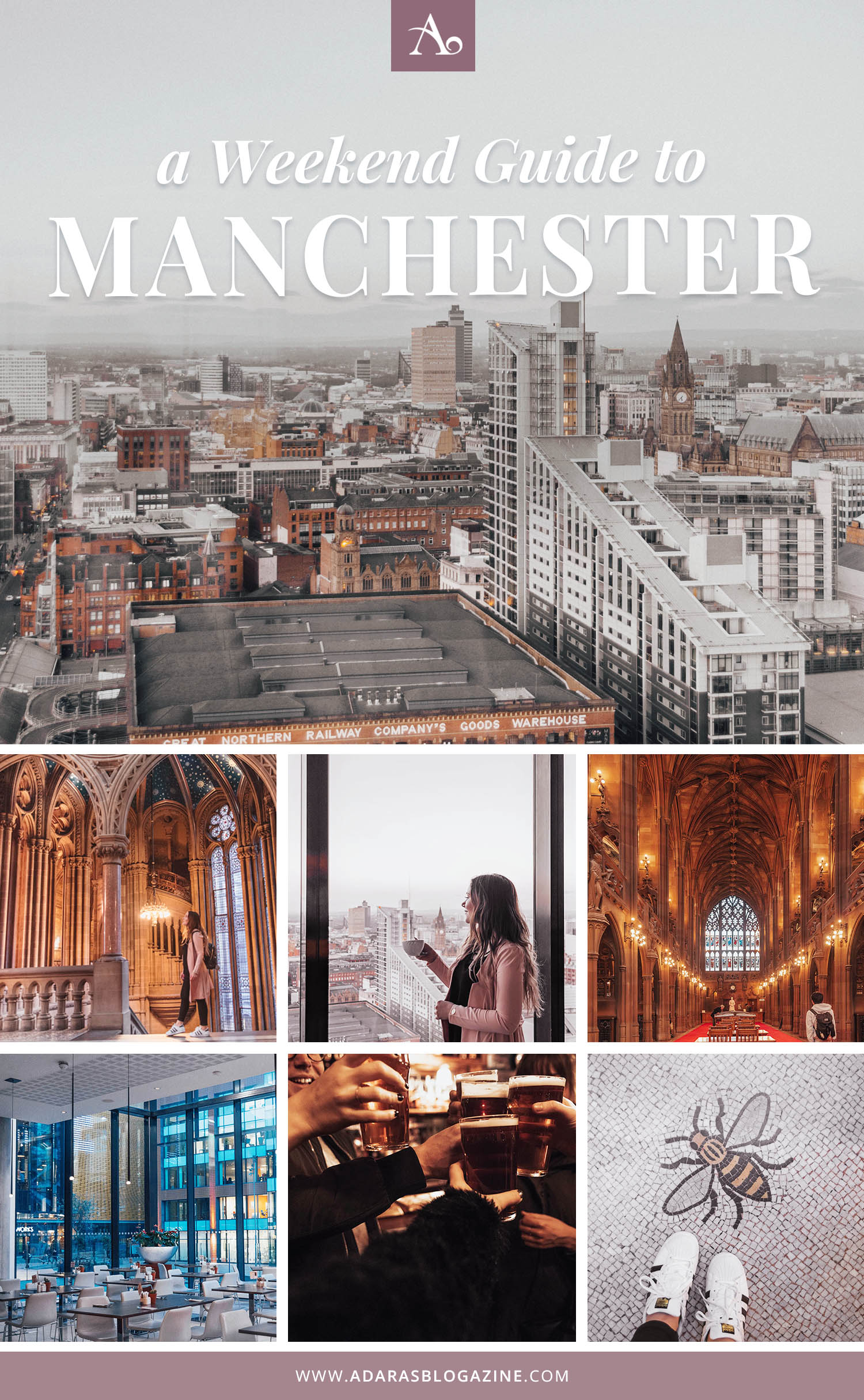 Get at taste of the history, architecture, and culture. Here is my weekend guide to Manchester including things to do, where to eat, what to see, and where to shop.

What do you know about Manchester? This city in the northwest of England is famous for being the football capital of the world and the birthplace of the industrial revolution. More surprising is that it is also the home of Vegetarianism and the world’s longest-running TV soap opera, Coronation Street. You might even spot the film crew if you keep your eyes open. The soap opera has been filmed in Manchester ever since its very first episode aired 1960.

What I like most about the city is its atmosphere and diversity. The city center has a contagious buzz and is jam-packed with trendy restaurants, excellent shops, bars, traditional pubs, venues, museums, and galleries.

As for the diversity, the multicultural population means there is a Chinatown, a Curry Mile, and a Gay Village. The architecture of the city also demonstrates a rich variety of styles. Ultra-modern buildings are combined with neo-Gothic, Roman, and Georgian structures. The Manchester skyline is a sight to behold.

The cherry on top is that everything is within walking distance. Making Manchester a very attractive weekend destination and city break. You can see and do a lot and at the same time have the opportunity to relax and take in the atmosphere. Here is how to spend your 48 hours in Manchester wisely.

The first thing you should do when you arrive in Manchester is to get your bearings. You will be surprised by how easy and fast you will find your way around the city. An excellent place to start a trip to Manchester is Exchange Square. Some of the city’s best shops are nearby, the impressive Manchester Cathedral is just around the corner, as well as the National Football Museum.

If you get tired of walking, hop on the free Metroshuttle bus that takes you to all the main stations and shopping districts.

If you want to know more about the city’s history and sights, book a guided sightseeing tour (costs around £8 for 2 hours). There is even a free walking tour available. 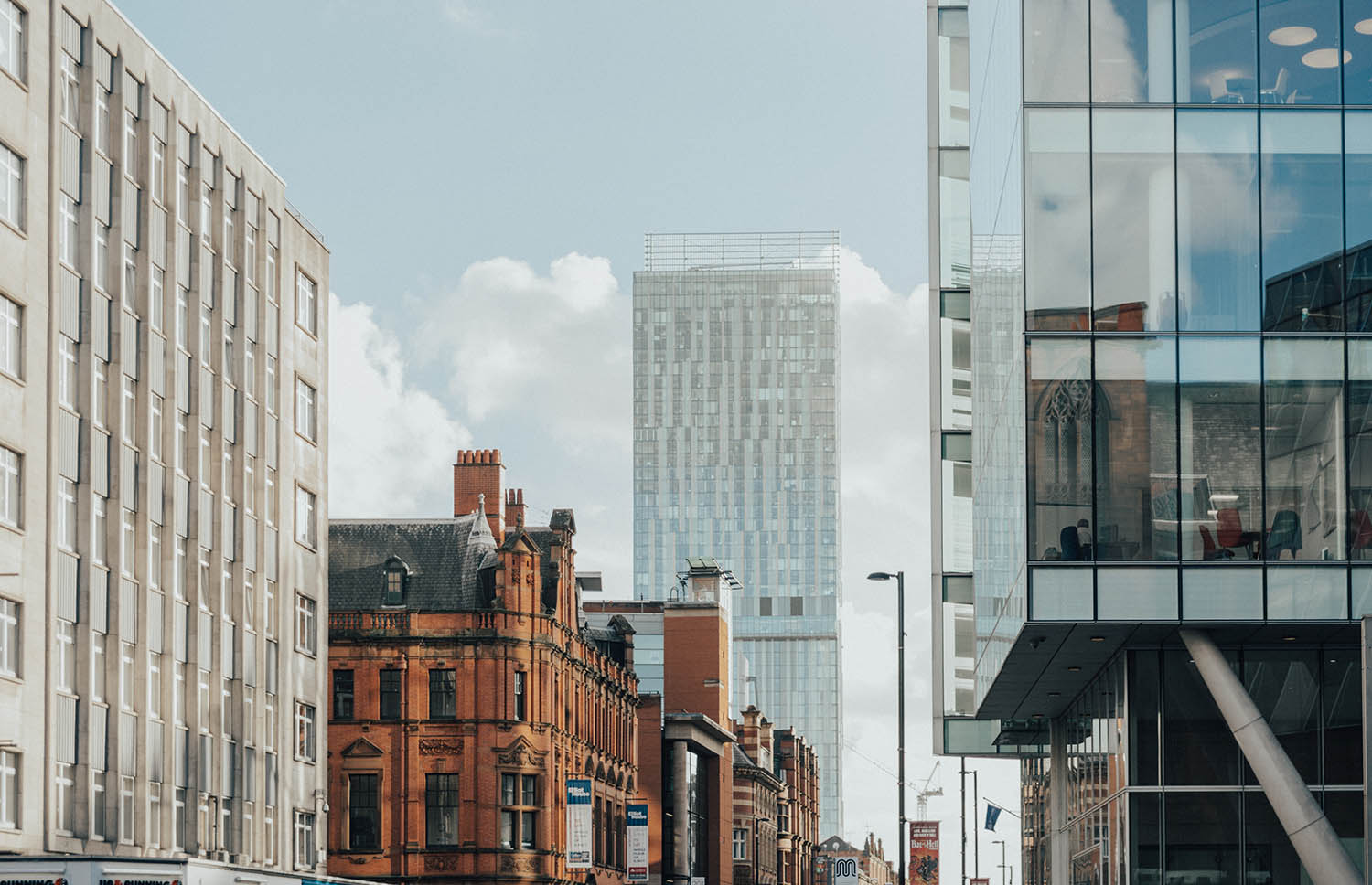 As you walk through the city, you will undoubtedly spot the Manchester Bee. From the mosaic floor in the Town Hall to many of Manchester’s street furniture. The bee is all over the city as a symbol of hard work during the Industrial Revolution.

WHAT TO SEE & DO IN MANCHESTER

Whether you are traveling with your friends, family, partner or solo – there are plenty of exciting things to do in Manchester. There is always something going on here. One of the most obvious things is taking a tour of the historic grounds of Manchester United and Manchester City (or if the timing’s right, grab some tickets to see Zlatan in action). Football is such a huge part of Manchester’s DNA.

That is also music. Manchester has a legendary live music scene – as well as world-class clubbing. You also have plenty of museums to choose from, from the Museum of Science and Industry and Manchester Musem to the National Football Museum and Manchester Art Gallery – all of which have free entry.

Apart from that, here are my favorite places in Manchester (so far), that is definitely worth a visit: 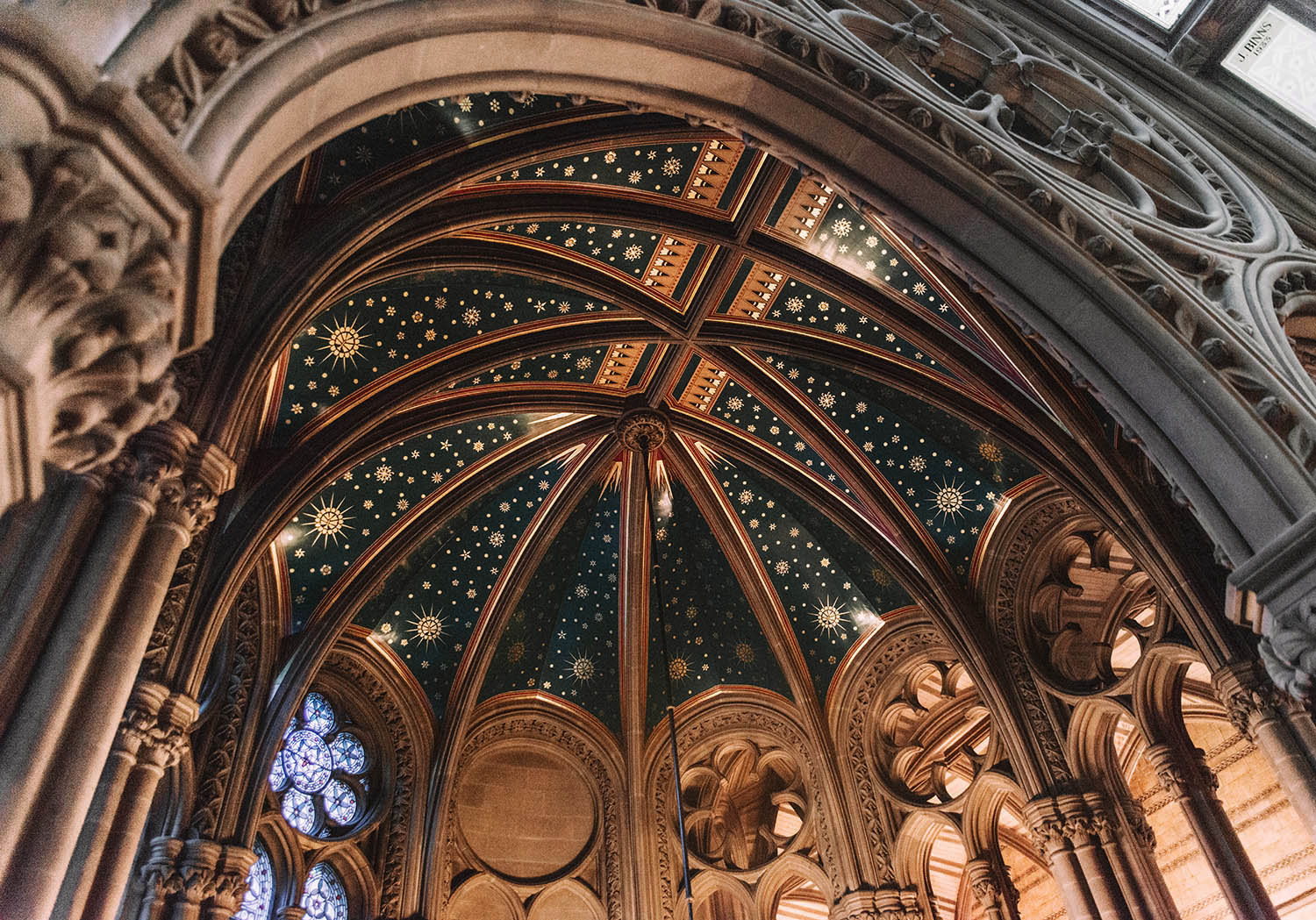 Take a moment to marvel. Manchester Town Hall is one of the city’s most impressive buildings and a place you shouldn’t miss. The magnificent building was designed by Alfred Waterhouse and completed in 1877. The ornate neo-gothic architecture exceeds all expectations, and I dearly wished I could have brought the magical starry roof with me home.

Guided tours are available, but general admission is free. 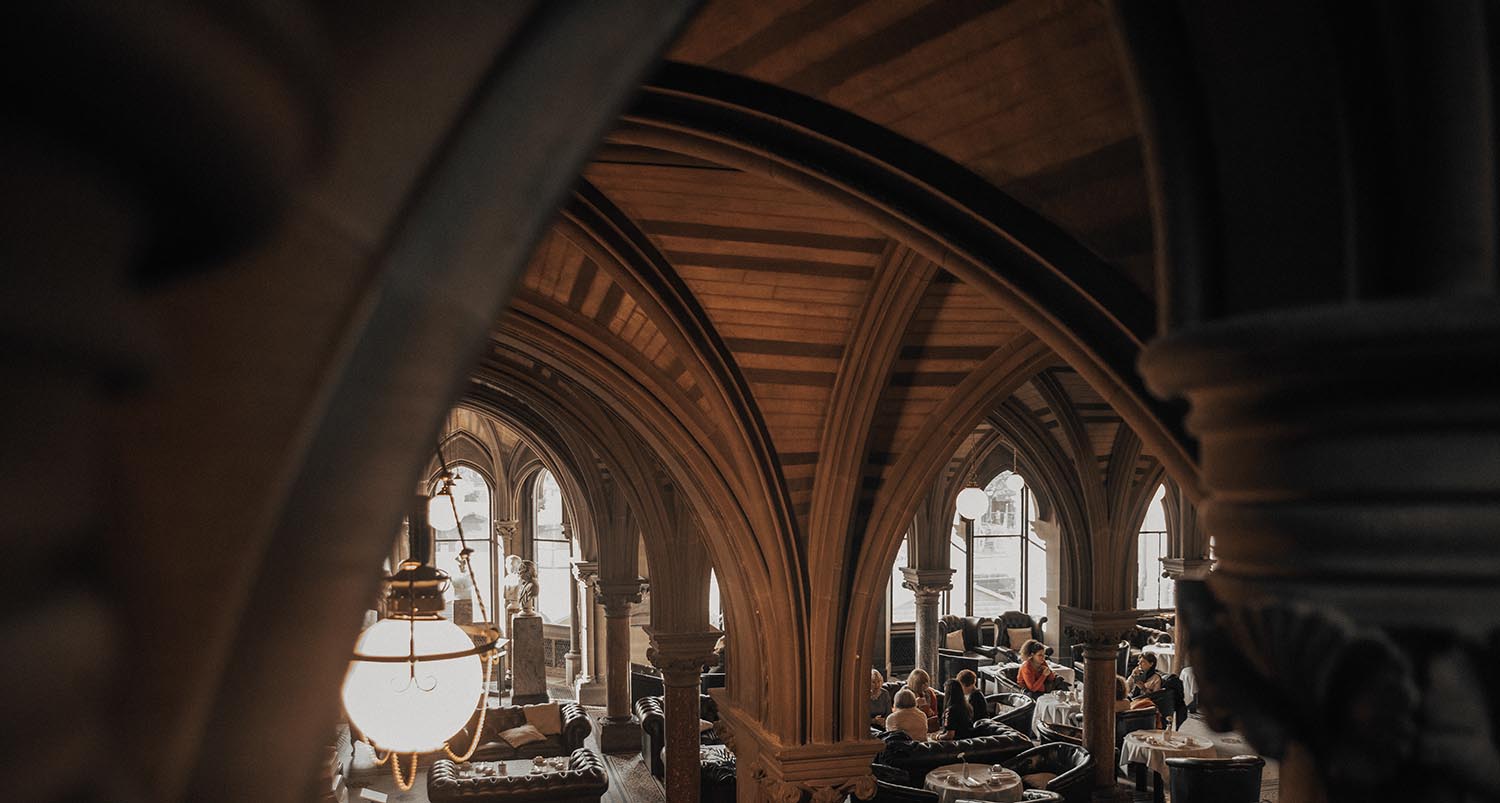 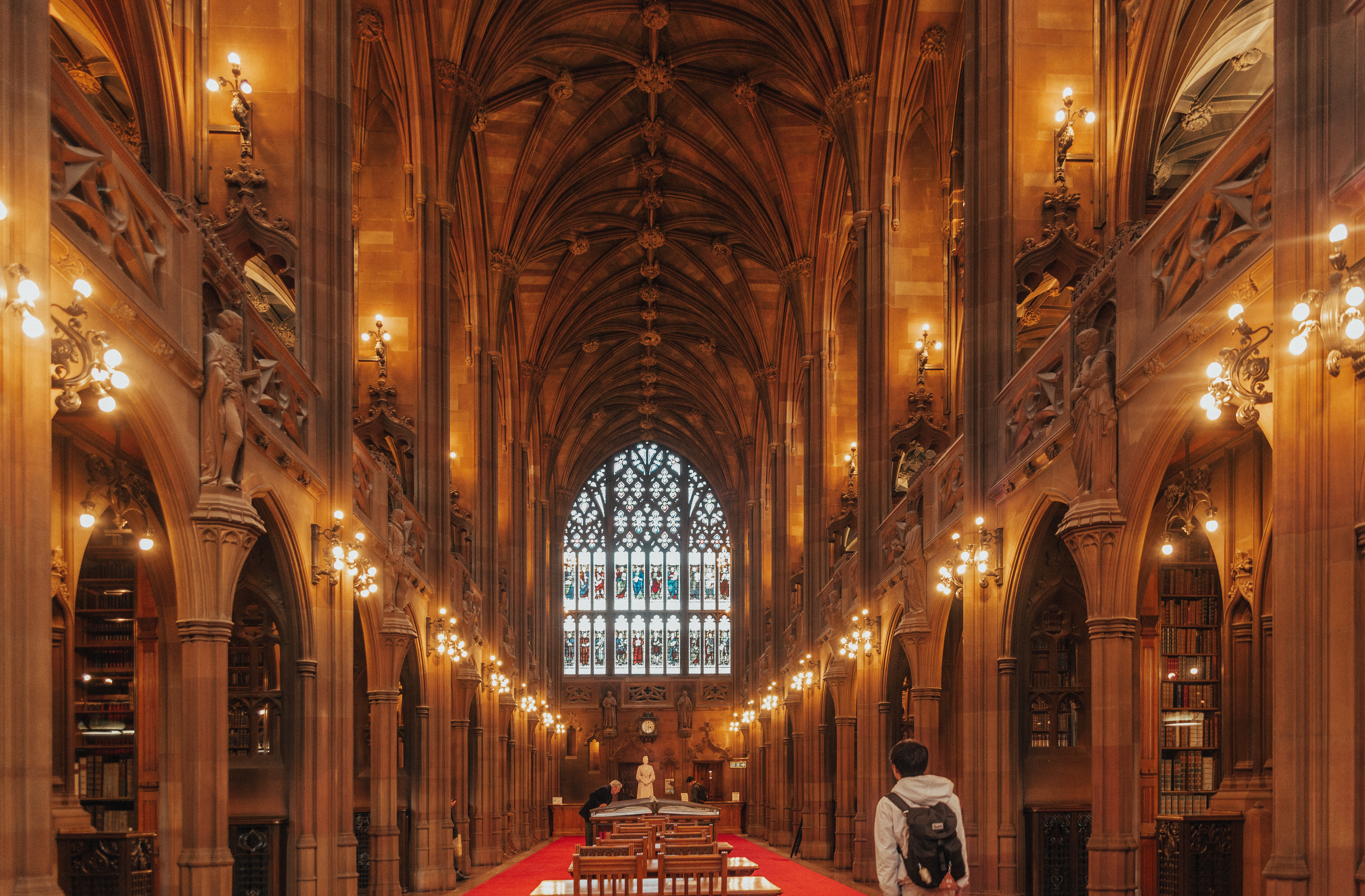 Another magical gem in Manchester is John Rylands Library. It’s an extraordinary place of wonder that could motivate anyone to read. Even though the library might not be the first thing that comes to mind when you step inside the building. If it wasn’t for the book-lined rooms, you might think you’ve stepped inside a castle or cathedral. Or a Harry Potter scene. The masterpiece of Victorian Gothic architecture is stunning.

John Rylands Library was created more than 100 years ago as a gift to Manchester and its people. It’s free to visit and open seven days a week. 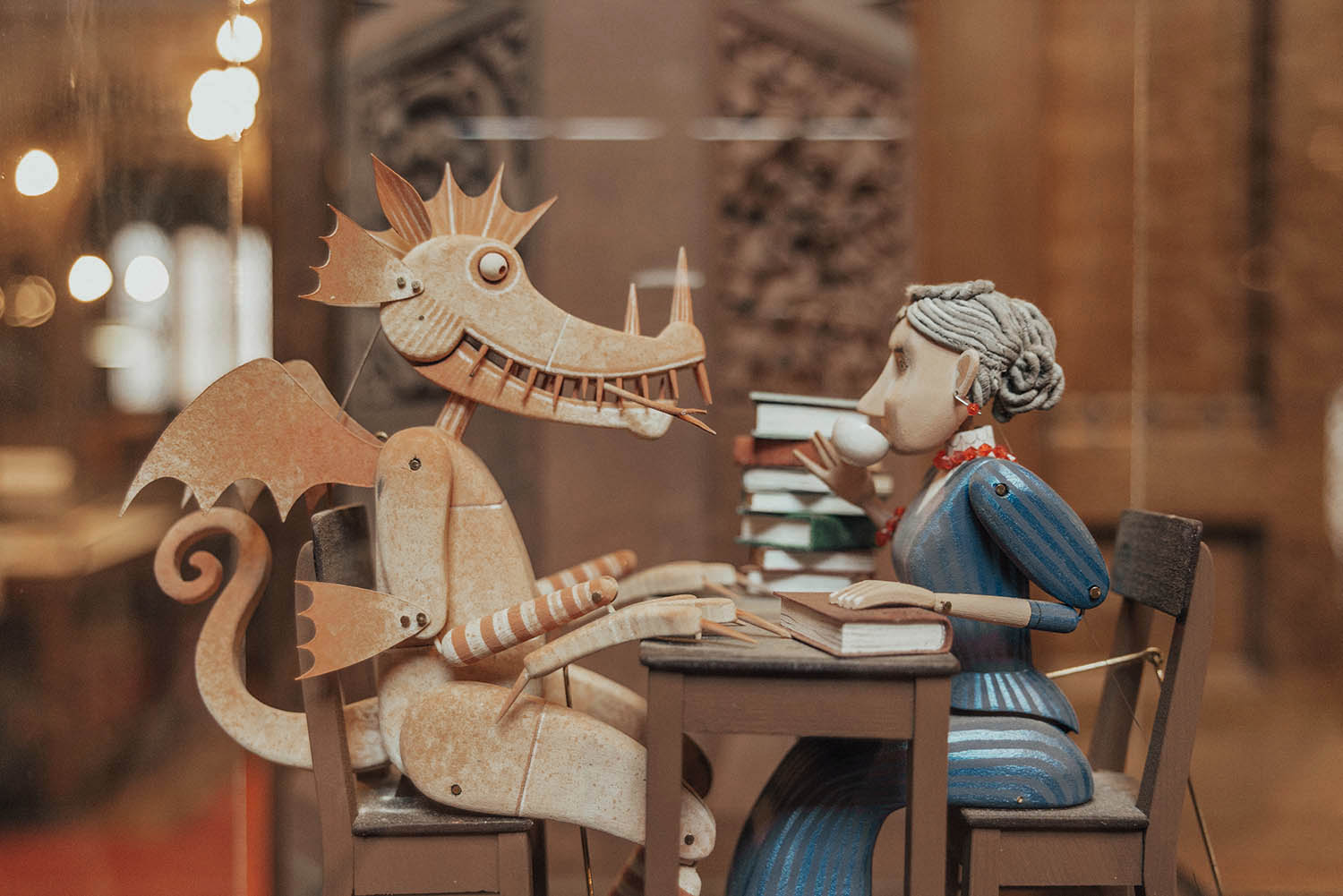 You don’t have to see a performance to enjoy the Royal Exchange Theatre. This is one of the city’s most unique and beautiful buildings. Take a break and enjoy some fresh pastries or sandwiches at The Great Hall Café and check out the theatre in itself.

WHERE TO EAT IN MANCHESTER

Once you get tired of walking, head over to Hilton Manchester Deansgate. Take the express lift to the 23rd floor for trendy cocktails or afternoon tea in the sky at the sky bar Cloud 23.

Floor-to-ceiling windows and panoramic views, do I have to say more?

If you are spending a weekend in Manchester it’s best to book in advance. The dress code is smart/stylish. 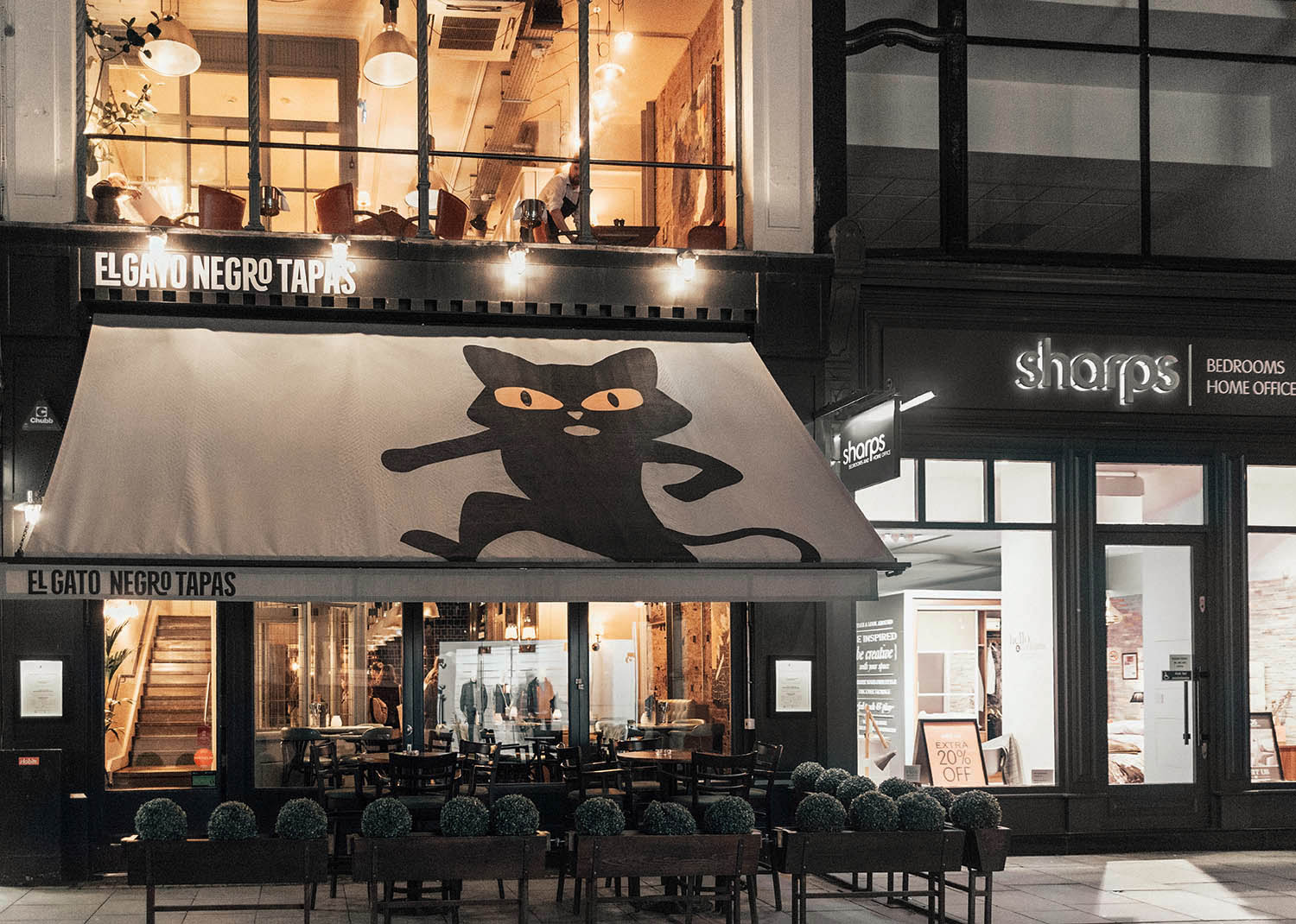 If you are in the mood, head upstairs to The Black Cat bar for after-dinner drinks. 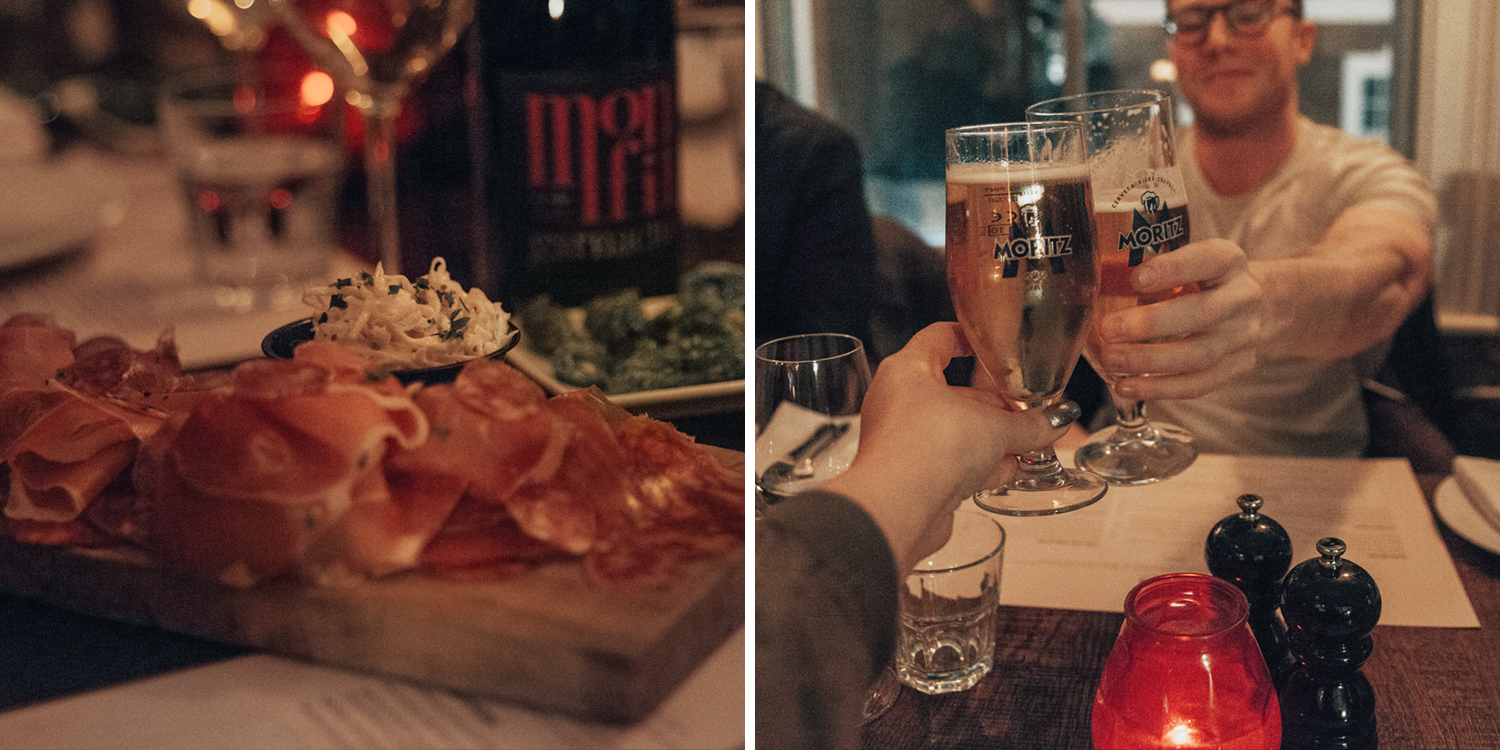 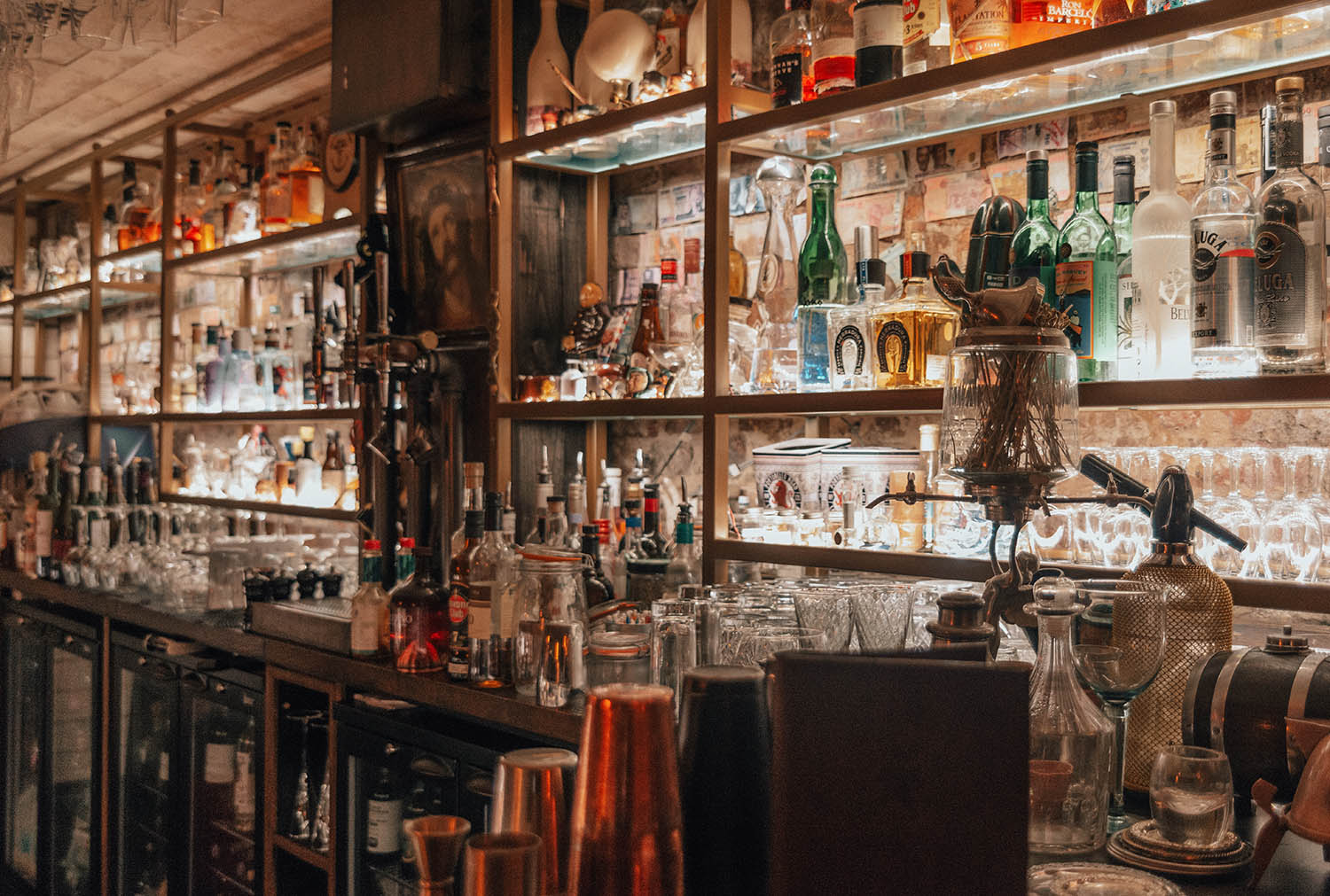 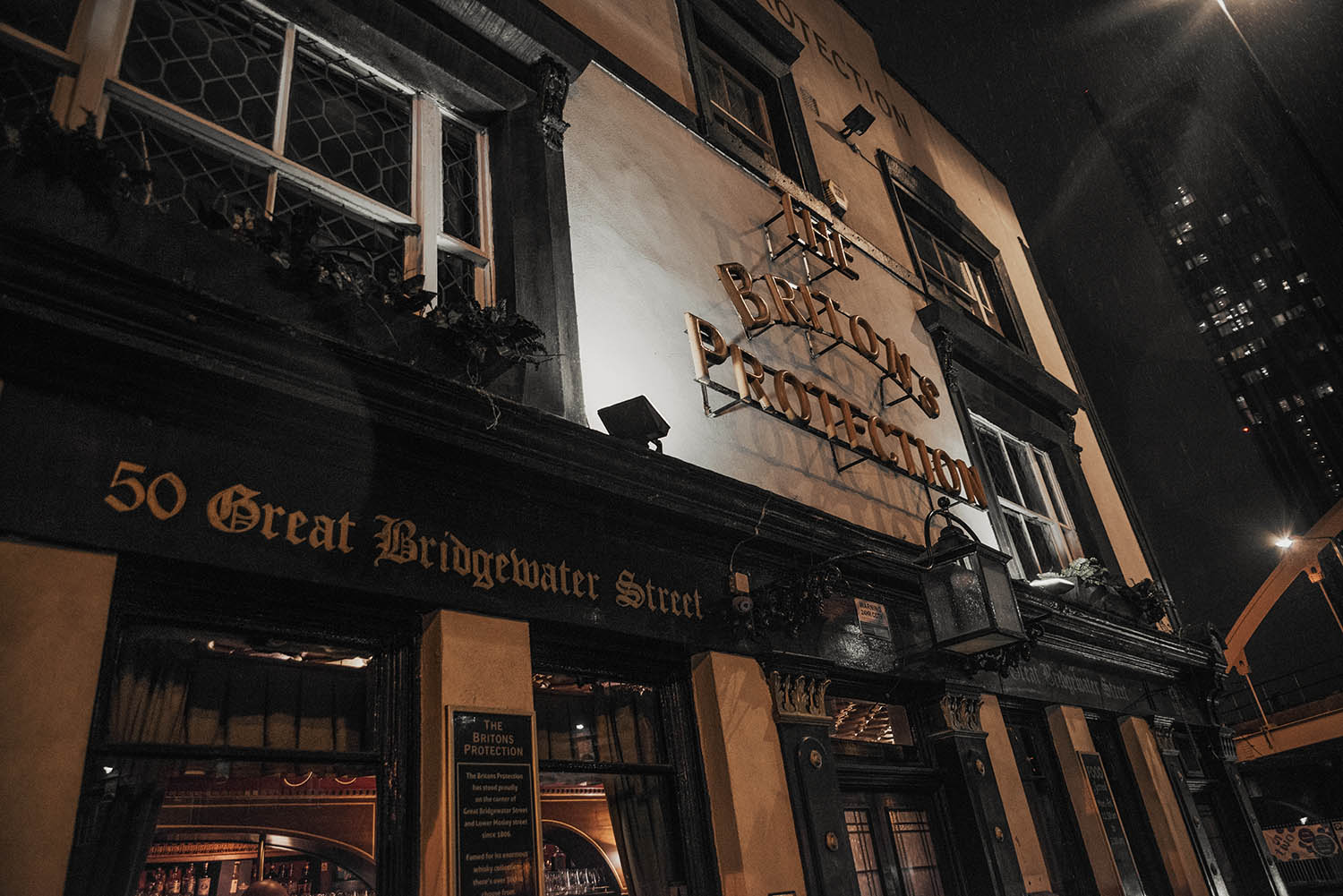 For a real ale pub, take a 10-minute walk over to The Briton’s Protection which has been in the corner of Great Bridgewater Street and Lower Moseley Street since 1806. The place is famous for its enormous whiskey collection but also features an extensive range of local ales.

With a crackling fire and hot gigs, theatre, and comedy performances it’s a perfect stop for experiencing a proper cozy old English pub. 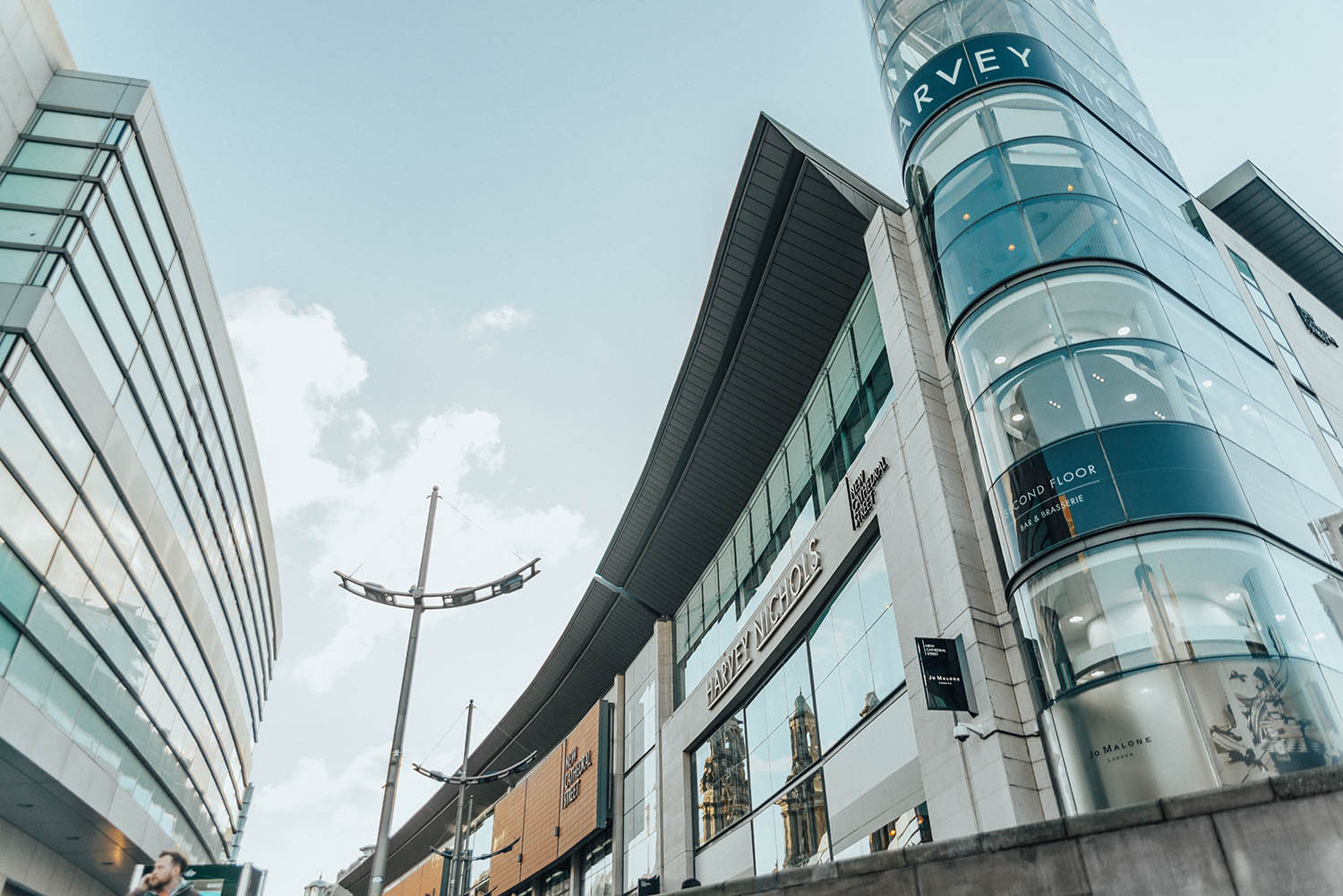 Just like Birmingham, Manchester can satisfy even the most extreme shopaholics. Just opposite the world’s biggest Primark store in the heart of the city is Manchester Arndale with more than 200 stylish shops such as Topshop, River Island and Urban Outfitters. There is also Intu Trafford Center, The Great Northern, and the impressive Barton Arcade. To mention a few shopping destinations.

You find the best of British at Harvey Nichols, Selfridges, John Lewis, Debenhams and Marks and Spencer. If you are looking for more unique shops, handmade and vintage, head to Afflecks, and The Northern Quarter for countless vintage and independent stores.

For some serious deals on designer brands, you might be thrilled to know that you can find the UK’s largest Designer Outlet, the Cheshire Oaks Designer Outlet just outside Manchester. The outlet has a quarter-million square foot of retail space of more than 145 boutiques.

Where to Stay in Manchester 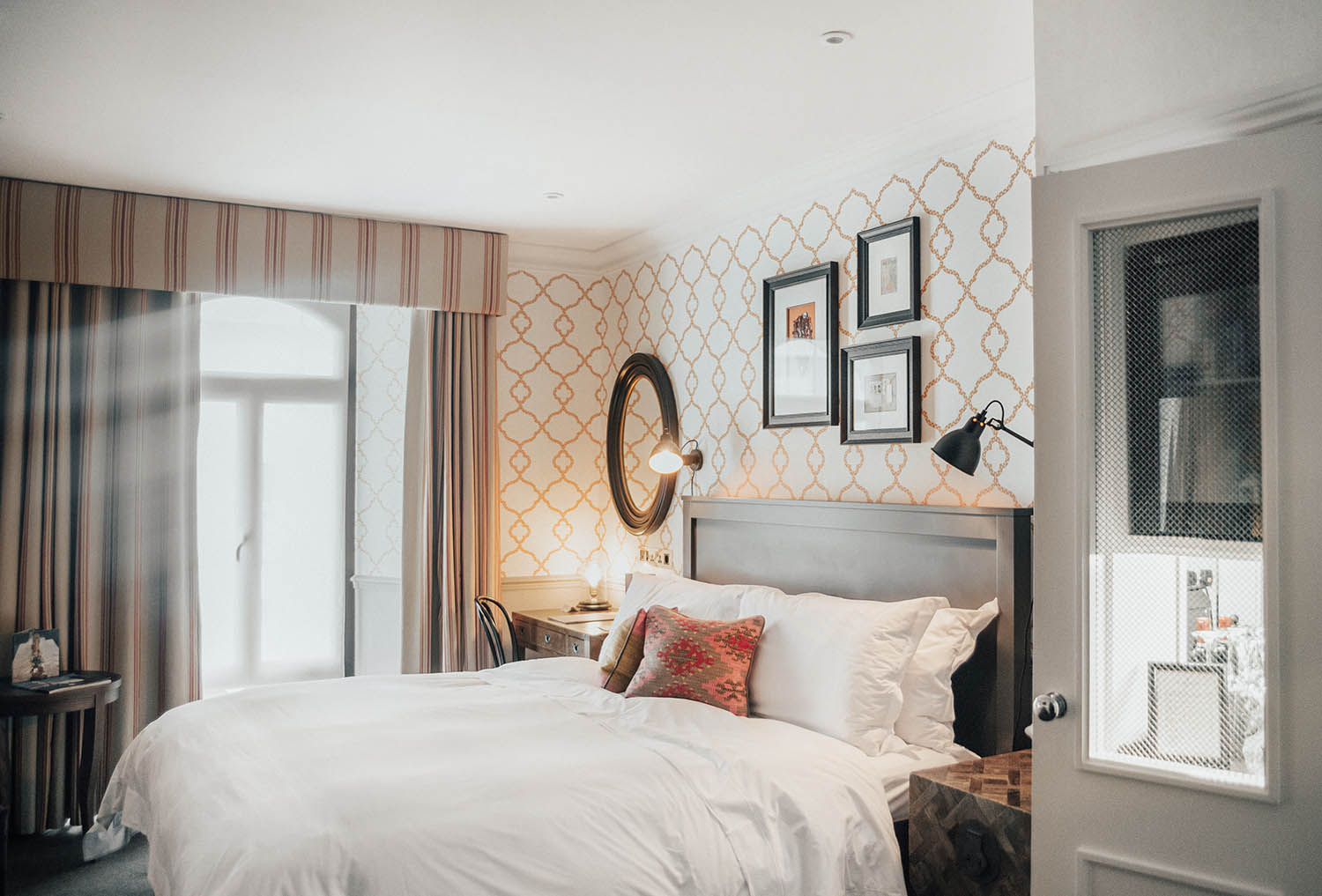 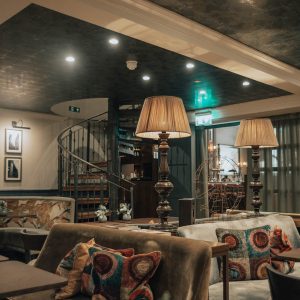 A wonderful place to stay in is the beautiful 4-star hotel King Street Townhouse. The location is perfect. It’s located just a 3-minute from Albert Square (and a 6-minute walk from Arndale Centre).

Apart from the location and lovely interior is the highlight is the infinity pool on the roof with a fantastic view over the Town Hall. 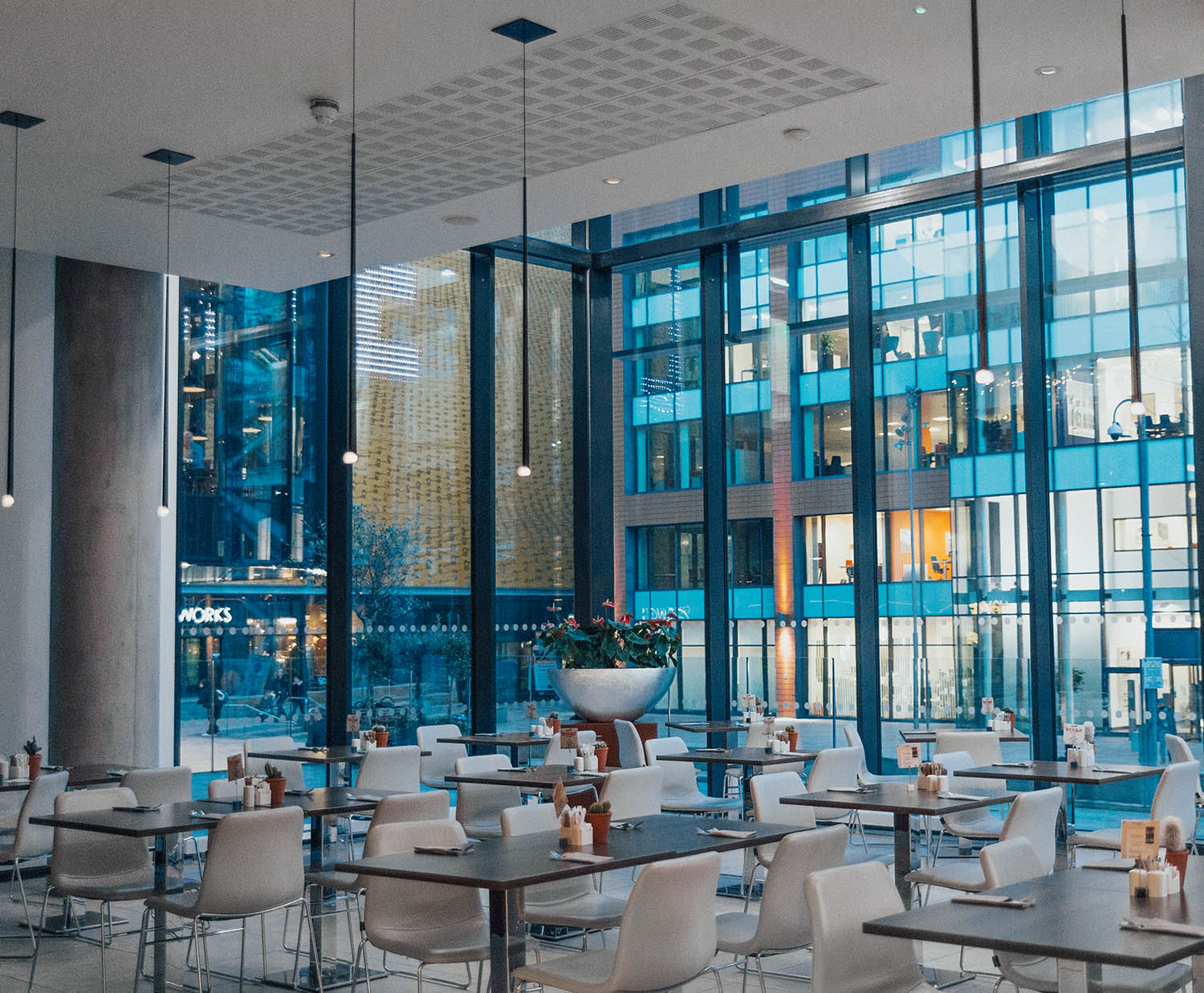 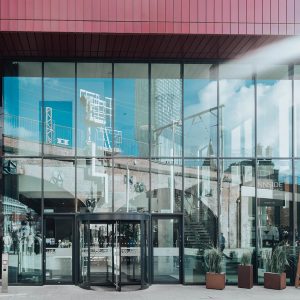 Another great place to stay is at the 4-star hotel Innside by Melia. It also has an excellent location in the heart of Manchester. The hotel has a contemporary and modern design with a Finnish sauna, aromatic steam room, and a gym.

Manchester is the World’s first industrial city with a rich industrial heritage nicknamed as ‘Cottonopolis’ during the 19th century.

Population: 530 300 people and 2.55 million in the Greater Manchester area.
Getting there: Manchester has the largest airport outside London which makes it easy to find direct flights (get the best deals here). From London it’s only 2 hours by train or a 1 hour flight.

An Insider’s Guide to Manchester

For an insider’s guide to Manchester, check out my Instagram friend Tori’s account, @unfoldtheday. She knows the best Instagram spots, cafés, and hidden gems in the city. On top of that, her photos are beautiful and her captions are out of this world. Check out both her Instagram and her blog, she’s so worth a follow!

Pin it! Save my “Weekend in Manchester” guide for later:

Disclaimer: I visited Birmingham on a press trip organized by Visit Britain and Visit Manchester. As always, all opinions and tips are my own.